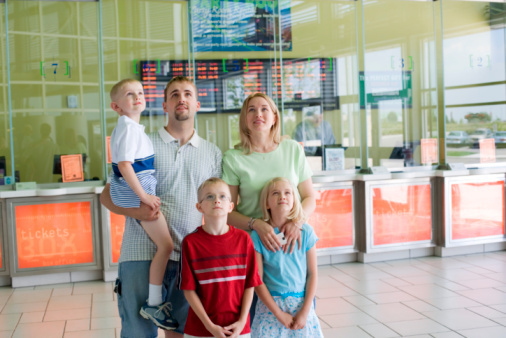 {A&E} Is the MPAA a Friend of Families?

I remember going to see my first PG movie by myself. I was staying with my grandma, and my cousin and I went to see D2: The Mighty Ducks. At some point my grandma found out we were going to see it, and she asked us why we weren’t going with an adult. “It’s PG,” I said, matter-of-factly, trusting my almost 10-year-old status as clearly old enough to attend alone.

“That doesn’t mean anything,” she said.

In the years since, I’ve realized how right she was. Rarely a movie will be rated too harshly; for the most part, it skews the other way, with movies being increasingly loose with their ratings. I still remember when the number of f-words that a PG-13 movie could have changed from one to three (in As Good As It Gets). Jamie Lawson, our managing editor, told me once how she took her boys to see Marley and Me and was shocked at the sexual content of that PG movie. And my husband frequently refers to Liam Neeson’s Taken as the rawest PG-13 movie he’s ever seen. Simply put: you really can’t trust a movie rating, and with sliding standards, you can’t really trust the MPAA.

So should the MPAA revisit its standards?

It’s almost a rhetorical question. Yes, of course it should. The fact remains that non-R-rated movies make more money than other movies, and by taking a stand and rating movies more harshly, the folks at the MPAA could hit Hollywood where it hurts and encourage them to cut out some of the garbage.

But, they won’t. The sad truth is they actually represent the six big studios, and as a business, look out for their members’ interests. They won’t be looking to check those studios anytime soon; they'll continue to let things slide into more "family friendly" ratings to help look out for the bottom line of their members. And this answers my other question (the one in the title): no, the MPAA is not a friend to families. What’s more, if I’m being bold, that’s not their job (as much as we wish it was).

What they do is still useful. (“Say, what?!”) The idea behind ratings is a good one—let people know in a quick, simple way if it's appropriate for them or their children. But it’s limited. With ratings being simple as they are, we can’t rely wholly on the rating (or the MPAA) to tell us what passes the mark. Putting a simple rating on something as nuanced as a movie is inherently limited, so while it can help us in making initial decisions (“I won’t take my 7-year-old to see that PG-13 movie, but the PG movie might do”), we really have to do our own due diligence.

And these days, there are no excuses for us not to.

Countless websites exist giving critics’ reviews, parental reviews, rating explanations, even full-on synopses of movies so we can figure out if we (or our children) should see a movie—even to the point that we sometimes don’t have to see it beforehand. We at LDS Living have published our own guide to finding clean movies in the past, and the Deseret News recently launched a media guide at OK.com, full of information on specific content and “ok’ed” ages.

In the end, the MPAA might pretend it’s looking out for families, but it isn’t, and frankly, we shouldn’t expect it to. Gone are the days when we could make blanket statements about which ratings are okay to watch. With slipping standards we can rely on movie ratings only as a jumping off point, and it is now our responsibility to use the tools technology has given and make decisions for ourselves.

What do you think? Is the MPAA looking out for families?

What standards have you set? Do you mostly rely on MPAA ratings, or do you have your own method?