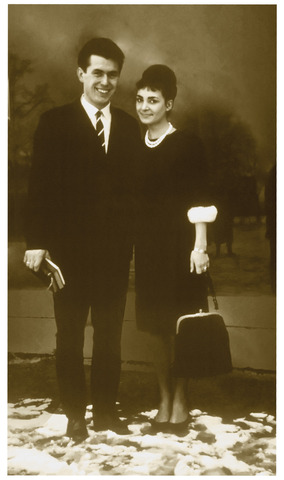 Doug Halladay, a former missionary who served in Germany, was going through his mission photos and slides and came across this photo of a very young (and super classy, if you ask me) version of Dieter and Harriet Uchtdorf in Berlin. Mr. Halladay sent it to President Uchtdorf’s office in Salt Lake City and the picture was promptly sent to Deseret Book Publishing in order to be included in President Uchtdorf’s new book, Your Happily Ever After.

I love looking at this picture and getting a glimpse into President and Sister Uchtdorf’s earlier years. Kind of neat to see this picture and think about him as a young pilot having all those experiences he talks about in general conference!