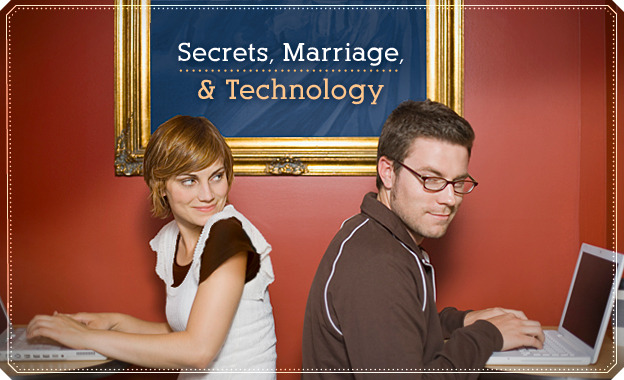 My stake was recently given a very serious and reprimanding Sunday School lesson by our stake presidency, and rightfully so. In the past two months, there have been eight disciplinary counsels in my stake. Eight! Yikes. Of course details weren't given, but we were warned that most of the problems began with the same thing: technology.

What started as innocent socializing became the downfall of these members. Men and women became friends with old flames on social media, they began texting neighbors of the opposite sex, and they casually e-mailed other ward members. But these innocent acts quickly escalated, and everything went downhill.

Obviously, technology and media are not bad things (after all, we have a great piece also running today on sharing the gospel through technology, not to mention I'm an online editor and practically live on the computer and my cell phone), but I think the solution to this problem is transparency. I personally believe married couples should have a shared knowledge of all computer, cell phone, and social media accounts and passwords. Of course I don't think I need to notify my husband every time I message someone of the opposite sex; that would be ridiculous. But I do think that if he wanted to read what I was writing, he should have full access to that, no questions asked. Basically, no secret interactions should ever be taking place.

Is this thinking too extreme? I just think it’s really sad that these are good people in my stake who thought something like this could never happen to them. But it did. And it’s scary to think it could happen to you or me, too.

(On a lighter note, I have to give my husband my passwords because I can never remember which ones are for which accounts! If it weren’t for him, I honestly would never be able to login to my iTunes account. Why does that one always escape me?)

Another thing to think about: men and women can’t be “just friends.” Okay, let me clarify. You can probably be “just friends” on places like Facebook (carefully), but any type of real friendship that involves constant communication and even face-to-face time is risky business. A lot of women think it’s totally possible for this type of innocent friendship, but let me tell you, it’s more common for men to disagree with this. My then-boyfriend-now-husband laughed at me back in college when I told him about my guy friends who I swore just wanted to be my friends.

A few students from Utah State University made this funny man-on-the-street film on whether or not single men and women can be friends, and although it’s not professional or scientific, I think it says a lot:

So is it true? It would seem single men and women can’t be “just friends” because someone always wants more than a friendship, but what about married people? I feel like it would be difficult to be friends with a man other than my husband, unless he was a mutual “couple friend.”

Your turn: Is this type of thinking too extreme? Do you think it’s smart to share your passwords with your spouse? How do you handle friendships/relationships with members of the opposite sex? Leave a comment below.