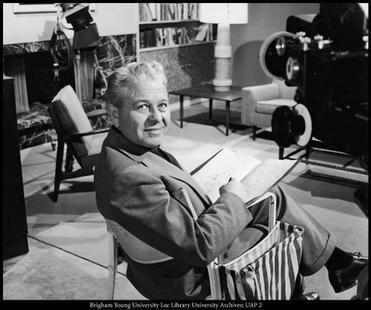 When you look closely between a photograph of the stepsisters from Disney's animated "Cinderella" and a photograph of Wetzel O. "Judge" Whitaker and his brother Scott, you may notice a striking resemblance.

The Whitaker brothers, who were former animators for Walt Disney, actually based the faces of the "ugly stepsisters" on their own, wanting them to be more masculine.

As chief animator for the beloved classics of "Cinderella" and "Peter Pan," among others, Wetzel O. Whitaker's future was filled with opportunity when The Church of Jesus Christ of Latter-day Saints began showing interest in learning to use media.