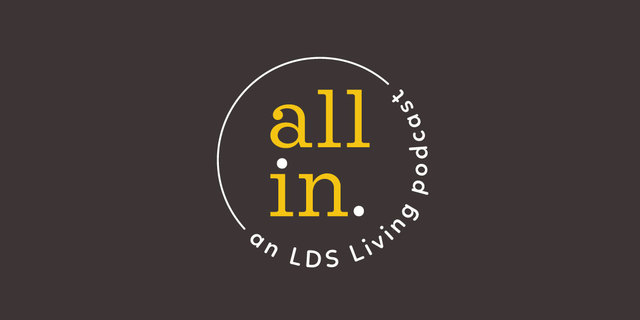 “All In” Excerpt: Religious Liberty Expert Weighs In on Why the Church Voiced Concern About the Equality Act

Last month, The Church of Jesus Christ of Latter-day Saints expressed concern regarding the Equality Act and, while the Church offered an explanation of its own, we asked Steven Collis, an expert on religious liberty, to provide his personal opinion about why the Church may have opposed the bill.

Collis, who this summer will become the executive director of Stanford’s Constitutional Law Center, explained that the following is his personal opinion and in no way represents the official position of the Church, but that he believed the Church’s concern with the bill can be explained by what is called “the Puritan Mistake.”

Read his thoughts below or listen to the entire episode here.

Morgan Jones: Why does The Church of Jesus Christ of Latter-day Saints care about religious freedom and become involved in protecting it? We just recently saw an example of this in the opposition of the Equality Act, and reemphasizing the Church's position of fairness for all. On the surface, it seems that this bill is all about LGBT rights. Why could this bill affect religious liberty? And why was it important to the Church to become involved?

Steven Collis: Right, and I should emphasize, you know, I don't, even in my calling (Steven serves as the North America Central Area Public Affairs Religious Freedom Specialist), I don't speak for the Church, and I don't represent the Church in any capacity. So I can only guess that why the Church is taking the position it is, but having said that, there is something that we scholars in this field refer to as the Puritan mistake. And when we talk about the Puritans, we often say that they came here for religious freedom. And it's true, they did; they came to these shores for religious freedom. But the reality is they came really only for religious freedom for themselves. As far as they were concerned, everybody else could just move out of Massachusetts. Right? That was a mistake. They wanted liberty for themselves, but not for anybody else. And so scholars refer to it as the Puritan mistake. And by the way, it's not just the Puritans; my experience has been pretty much every religious group in human history makes that mistake long before the Puritans came along.

MJ: And long after.

SC: And long after. The Church, I think, is consciously aware of the tendency for people to make that mistake and is trying to avoid it here. So, the Equality Act they don't oppose, the Church does not oppose, and I think they were very clear about this in the statement. The Church does not oppose the protections for LGBT individuals, and I think the Church supports equal protection under the law for LGBT individuals, as do I. The problem with the current iteration of the Equality Act is that it is only protecting one side; it's protecting LGBT individuals, but it explicitly is jettisoning all sorts of religious freedom protections that are currently in place. That is a bill that exemplifies in many respects the Puritan mistake; you've got two swaths of society with very different beliefs regarding the morality of certain behavior, and you have a statute in place that's protecting one side of that, and not the other side. Now, we see this writ large across the United States right now. In red states, there's all sorts of protections in place for religious freedom, and there's no protections in place for LGBT individuals. In blue states, there's all sorts of protections for LGBT individuals, and no protections for religious freedom. And we see this across the United States; there's only one state in the entire country that's been able to find a compromise, and that's Utah of all places. And it was because of the Church's position on this. The Church said, "Look, there's got to be a way to find a way to protect both sides." They were able to do it here. At the time that bill passed in Utah, when they reached this compromise, there were more protections in place for LGBT individuals here than there were in the state of New York.

SC: You have to let that sink in for a little bit. But that's pretty amazing. And it's because the Church looked at this and backed it, and then the legislature followed suit. Now, there's no other state in the Union where one organization like the Church has that type of influence, so it's going to be very difficult to achieve that in other states. What we see in all these other states is the Puritan mistake happening. If it's in red states, it's happening one way, and if it's blue states, it's happening the other way. The question is, can we as a society, overcome the Puritan mistake and find a way to try to protect all sides? It is possible; it has been done. We've done it throughout United States history and my hope is that we can do it in this context as well. But I think that's why the Church took the position it did. The Church's position is we can protect everyone. Let's do that. Let's not just protect one side. So to flip it on its head, if a statute were passed tomorrow that only protected religious freedom and completely abandoned any protection whatsoever of LGBT rights, I don't think the Church would support that either. Now, again, I don't speak for the Church. But their position is we can achieve fairness for all.

Listen to the entire interview with Steven Collis here.