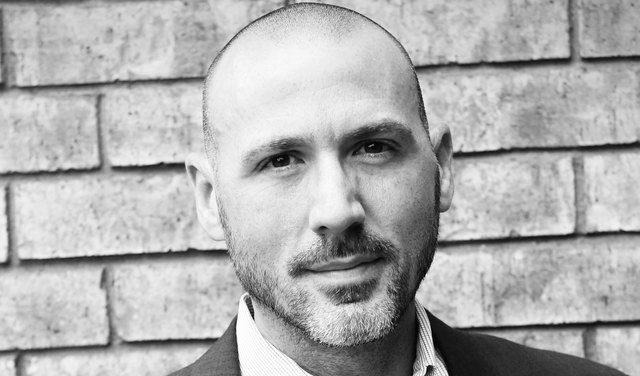 “All In” Podcast: Philosophy Professor and Author Adam Miller Discusses the Interplay Between Love and Law

In his book An Early Resurrection Adam Miller frequently explores the relationship of love and laws. He writes, “With Christ, the law can channel and empower the works of love. In fact, laws are crucial to the work of love.” On this week’s episode of All In, host Morgan Jones invites Miller to further explain the roles love and law play in our mortal experience.

Read this portion of their conversation below or listen to the entire episode here.

Morgan Jones: I want to touch on this idea of the interplay between love and law. And so first of all, I want to make sure that we're on the same page as far as the definition of law as it pertains to this book. When you say law, Adam, are you referring to keeping the commandments? Or would you define that differently?

Adam Miller: Yeah, I think that's good. My way of talking about it in the book is largely grounded in Paul's letters. And Paul often uses the term "law" just to kind of shorthand for the commandments in general.

MJ: Okay. Can you speak to kind of what we see in terms of the interplay between those two things: law—keeping the commandments—and love?

MJ: Yeah, I want to go back to one thing you said initially, this is something that I've thought about a lot is that, you know, we think we have this idea in our minds of, like, hierarchy of sin. And I often think, you know, we don't actually know what that looks like and what God places more—what disappoints Him more. But my guess is being judgmental or filled with hate or looking down on other people, being bigoted, those are probably things that He really dislikes. And so, I just think we have to be careful sometimes in our judgment of other people and recognizing that we actually don't know where in the hierarchy of sin any one thing is.

AM: If we understand the kind of hierarchy of sin as a kind of description of the degrees to which people need a certain kind of help from us, then I think that's alright. If we understand that kind of hierarchy of sins in terms of their seriousness, as a description of how little people do or don't deserve our love, then we've missed the whole point of the law.

MJ: Yeah. So my next question in relation to this idea, I think this is something that we often kind of...I think that this is something that people struggle with a lot today, is that sometimes we feel a tension between the commandments and our view of love. Sometimes we may feel like we can't have one without the other, I mean we can't have one and have the other. So what would you say, Adam, that we do in those situations? Or what would you suggest that we do? And how do we fight the feeling or the inclination to rationalize dismissing laws or commandments when we believe that a commandment is not loving? Is there such a thing as a commandment that's not loving?

AM: I think there is such a thing as a way of using commandments in a way that isn't loving. It's entirely possible and in fact, perhaps, common for us to use the law as a kind of weapon, both against other people and often against ourselves. That's a pretty common scenario. In fact, as Paul describes it, that's the very scenario that describes sinfulness itself, not just the kind of breaking of the law, but kind of repurposing of the law as a weapon—kind of uncoupling of the law from the work of love in a way that makes the law goes sour and ruins things rather than making them better. Is it possible for the demands of love to sometimes at least appear to conflict with the particular requirements of the law? I think we see that kind of thing all the time in the life of Jesus Christ, right? In His life, the perpetual point of conflict between Him and His religious contemporaries is their attempt to use the law to decide what people do or don't deserve and His continual insistence that the law has to be used instead to decide what people need. And if it's the case that what people need is, is a certain kind of service on the Sabbath day that breaks the law, then Jesus is going to, “break the law” for the sake of offering that service in order to provide for them what it is that they need. The law, I think, is an absolutely essential guide to the work of love. You can't love in the end effectively without the law, but the love has to be running the show, not the law. The law has to be answering the question, “What is needed?” not answering the question, “What is deserved?” As best I can tell, God Himself never uses the law to decide what people do or don't deserve. He only uses the law to decide what people do or don't need.

MJ: Interesting. I love that. Do you think, Adam, that there's a place for obeying commandments, even when we don't see, or maybe at the time can't see how they're related to love?

AM: Yeah. Could my willing submission to a commandment that I do not understand very well be an expression of my love for God who gave that commandment? I think that's certainly the case.