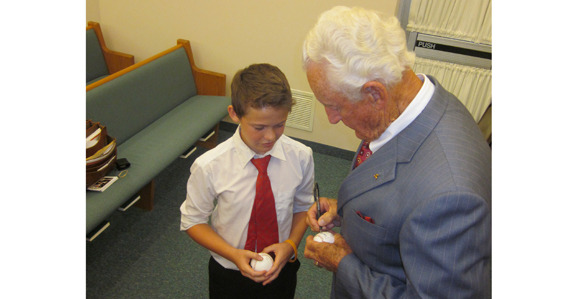 The first Batavia Muckdogs Mormon Night “hit a home run” July 15 as the minor league team took on the Tri-City Valley Cats. Brother Law, the Rochester Mormon Choir, and members of local stakes were participants and spectators at the game.

Attendance at the local Batavia Muckdogs baseball game was double the usual Monday night turnout. Mormon Night is the longest-running tradition of the Los Angeles Dodgers Stadium, and it has been replicated all over the nation in large cities. Elder Lee Snarr, who organized the event, said this was the first “small market” attempt, which allowed for a more all-encompassing Mormon flavor.