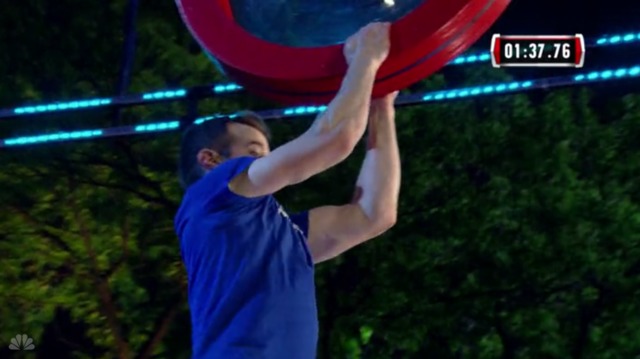 Some wives practically carry their husbands to the gym—but one husband goes to the gym so he can carry his wife.

When Latter-day Saint Michael Stanger’s wife, Enedina, was diagnosed with a rare and fatal genetic disorder that left her in a wheelchair, Michael Stanger found himself unable to physically be of much help to her. “When she first started getting sick, I probably weighed about 185,” he said. “I had a big gut, my arms were weak and small, and I couldn’t lift her—I would hurt my back, I’d be hurting her.”

That didn’t sit right with Michael Stanger, and he decided that he needed to make a change. “He started working out a lot,” said Enedina. “He dropped 30 pounds, he started building muscle, and he transformed his life.”

Once Michael got into shape and was more fully able to assist his wife, Stanger—with encouragement from his wife—set a new goal. “I got into shape, and when I watched American Ninja Warrior on TV, I thought it was actually a possibility.” Never one to back down from a challenge, Stanger began an intense training regimen that not only kept him in shape to help his wife, but also ended with him auditioning for the show in 2015—and failing.

Stanger wasn’t done, though. After his initial attempt, he traveled to Kansas City, Missouri, where he spent the night on the streets waiting for the walk-on auditions. Michael “was the last walk-on to make the cut,” tweeted the show’s co-host Kristine Leahy. “We didn’t know his story at the time.”

During last season, Michael Stanger's family captured the hearts of audiences across the nation with their dedication and love for each other.

“The #MichaelStanger story moved me to my core,” one tweet reads. “There wasn’t a dry eye in Kansas City.” Another declares that “#MichaelStanger is what being a man is all about.”

The show has had some incredible contestants in its eight seasons, but co-host Matt Iseman has never been more impressed. “Honestly,” he tweeted, “the story of [Michael Stanger] and his wife is the best story we’ve ever had the privilege of telling.”

His story and his performance continued to inspire audiences as he battled his way to the top 30 competitors, but Stanger's journey on the show came to an end when he failed to qualify for the top 15. At least for that season.

This year, Stanger appeared again on the show, competing on the Indianapolis Qualifier. But now, the emotional impact of his story has intensified. The Stangers recently learned that their two young daughters have the same fatal genetic disorder as their mom.

Despite Michael's incredible physical strength, all the commentators could talk about was the incredible love and strength of this inspiring family.

"If anyone knows about handling adversity it is this family," they said.

Though Michael put up a resilient struggle, he didn't qualify for the next round.

"But with a smile on his face, he goes right on to his family," the commentators noted, "and in the grand scheme of things, that's all that really matters."