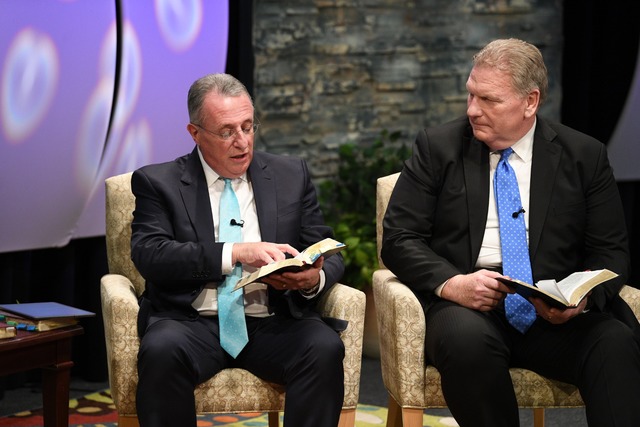 "Changes in Policy Are Not New": Elders Soares and Christensen Talk Policy Changes During Face to Face

For the first time during a Face to Face event, Elder Soares and Elder Christensen answered a few questions in Portuguese and Spanish. The devotional was broadcast live from a studio on the Brigham Young University campus in Provo, Utah.

While clarifying the difference between fixed teachings of the Church and those that are changeable, Elder Soares said, “Changes in policies are not new.”

Elder Soares and Elder Christensen used examples from the scriptures to illustrate core doctrines of the gospel of Jesus Christ that will never change and policies throughout history that have changed.

“We no longer offer sacrifice of the firstlings of our flocks,” Elder Christensen added. He also mentioned that worshipping on Sunday as the Sabbath Day is a change from Old Testament times.

“But the purpose of why we’re here and the ordinances of the temple will never change,” Elder Christensen said.