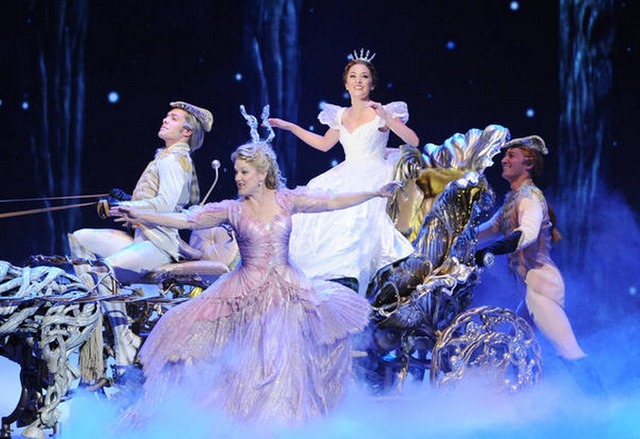 'Cinderella' Star to Perform with Tabernacle Choir, Find Out Where & When

MR says: This Pioneer Day, "Cinderella" will be joining the Mormon Tabernacle Choir. This is an event you won't want to miss!

The Mormon Tabernacle Choir and Orchestra at Temple Square will honor the legacy of the pioneers this year with a splash of “Rodgers & Hammerstein’s Cinderella” to remind the world that “impossible things are happening every day.”

On July 17 and 18 at 8 p.m., Laura Osnes, best known as the star of “Cinderella” in its recent Broadway production, will team up with the choir and orchestra for their annual Pioneer Day concert, this year titled “Music for a Summer Evening.”

The concert, held in the Conference Center of The Church of Jesus Christ of Latter-day Saints, pays tribute to the Mormon pioneers who crossed the plains, suffered through difficulties and sometimes sacrificed their lives while making the trek to Utah in 1847.

“Certainly, one of the important parts of the concert is saluting our pioneer ancestors, and the first part of the program will be, indeed, paying tribute to them,” said Mack Wilberg, music director for the choir. “And (this concert) is always meant to be a program that, besides saluting our ancestors, is what you might call lighter-fare music. This year, because of our guest artist and her background on Broadway, the program will also have a Broadway theme.”

Osnes has been nominated for a Tony Award and has won several awards, including Favorite Lead Actress in a Musical and Favorite Onstage Pair (with “Cinderella” co-star Santino Fontana) at the Broadway.com Audience Choice Awards. The Pioneer Day concert will feature a variety of music by artists such as George M. Cohan, Richard Rodgers and Oscar Hammerstein II, and will include songs and Broadway marches Osnes has previously performed.