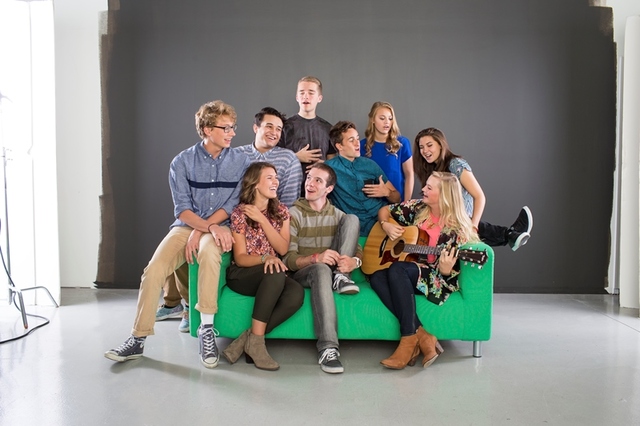 With no indications from the judges and the song drawing to a close, Tanner Linford’s lifelong dream of singing on The Voice was seemingly slipping away.

But as the young singer held the final notes, country music artist Blake Shelton hit the buzzer and chose Linford to be part of his team of singers. “I know you!” exclaimed Shelton, referring to Linford’s first attempt to join The Voice during the previous season.

Dubbed “the comeback kid” by Shelton, the Kaysville, Utah teen’s previous singing experience included performing at various junior high and high school talent shows, as well as singing for his high school’s prom dance. He also sang the national anthem during the Days of ’47 Pops Concert at Abravanel Hall in 2012.

But Linford knows his talent isn’t just for him to enjoy. He believes it is a gift that allows him to share the gospel and has always found joy in sharing his faith through music. In an interview with the Deseret News, he explains, “Some of my favorite times I’ve ever sung have been in church. There is nothing like the spirit that music can bring.”

As a contestant on The Voice, the 17-year-old singer may not have had many opportunities to bear testimony through religious music, but he had many opportunities to share his faith in other ways. “A lot of people were confused about Mormons,” he said. “A lot of people thought we weren’t Christians. They had questions. I was able to share with people what we believe.”

Those opportunities to share were important to Linford, because there were other hard times during the competition. “There were times when I felt alone, when I began to doubt myself or question my ability to sing,” he recalls. “During those times I turned to the Lord a lot.”

“My mom gave me a scripture that comforted me,” Linford continues. “She gave it to me right before my first audition, and I kept it in my pocket throughout the whole thing.”

That scripture was Deuteronomy 31:6, which says “Be strong and of a good courage, fear not, nor be afraid of them: for the LORD thy God, he it is that doth go with thee; he will not fail thee, nor forsake thee.”

“That scripture really helped me at that time in my life, and it helped me to realize that my Heavenly Father really was there for me,” he explains.

Linford eventually went on to perform in two additional rounds of the competition, ending as one of the top 32 performers of the season. What did he learn from being on The Voice? “If at first you don’t succeed, keep trying,” he says.

And he does. Ever since his breakthrough on The Voice, Tanner has continued to pursue musical endeavors. He has sung the national anthem at a Weber State University basketball game and other venues. He’s also collaborated with other musicians and groups including a recent cover of Bastille’s “Pompeii” with Bamberger Railroad as well as The Vamps’ “Somebody to You” with Madilyn Paige.

However, one particularly uplifting song that Linford treasures is called “He Is There.” Written to be part of the 2016 Mutual Theme album, this song truly embodies Tanner’s story of trial and faith.

“The message of my song is that God loves us,” he explains. “He’s such a big part of our lives; He’s listening to us—He wants to help us. And He is always there. He can help us move forward from those hard times if we just turn to Him.”

Despite his early stardom, Tanner still remembers to put his faith first.

On Instagram, he recently posted this exciting announcement: “I’m off to Canada to preach the good word for two years! May God bless and keep each of you. See ya in two!” He has viewed his time on The Voice as a preparation for what he will face as a missionary, and looks forward to continuing to share the happy message of the gospel. 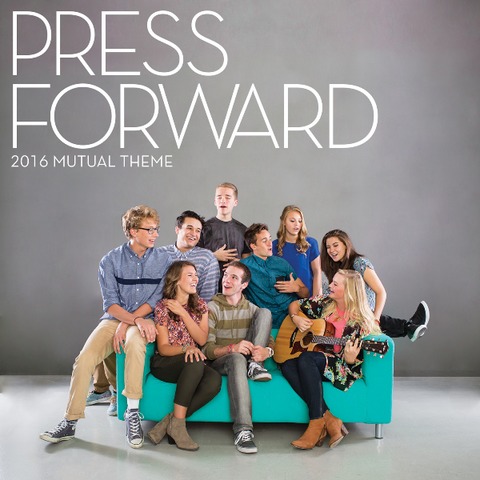 “He Is There” is just one of many songs performed by youth on the 2016 Mutual Theme album, “Press Forward.” The 12-track album is now available for download on youth.lds.org, Spotify, and Apple Music.