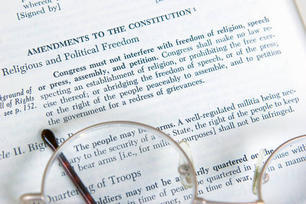 America's headlong pursuit of tolerance has led us to a "politically correct rewriting of the First Amendment," with faith communities finding it difficult to live their own beliefs in their own institutions.

That is the opinion of William McGurn, vice president of News Corporation and a former chief editorial writer for the Wall Street Journal. He shared his perspective in a Main Street column titled "Religion and the Cult of Tolerance" in Tuesday's Journal.

"Post-1791, what made America's religious freedom truly radical was not simply that it allowed people to worship (or not to worship) as they saw fit," wrote McGurn, a former speechwriter for President George W. Bush. "The radical part was the guarantee it gave to corporate freedoms: to hold property together, to own newspapers, to run schools, to open hospitals and clinics, etc.