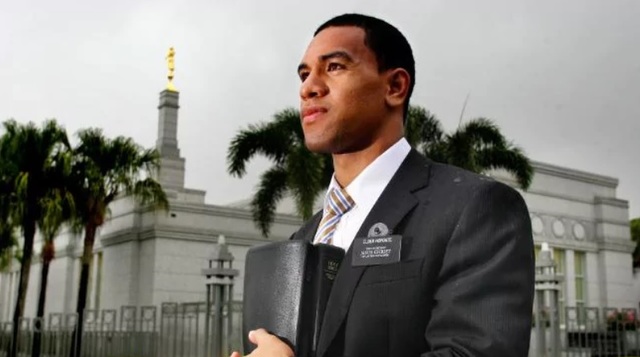 "Daily Telegraph": Why Mormons Respond to the "Book of Mormon" Musical with Such Good Humor

A member of the Church recently wrote an article sharing how Mormons react to the Book of Mormon musical, and why that reaction is surprising so many.

The New York Times calls it “the best musical of the century.”

We exclaim: “The book is always better!”

The Book of Mormon musical, telling the story of two young men who serve as Latter-day Saint missionaries in Uganda, found success in the United States, London and Melbourne despite its far from accurate portrayal of real Mormon missionaries. Instead of reacting to the false and often confronting depictions of our faith, The Church of Jesus Christ of Latter-day Saints (as Mormons are officially called) responded with a lively and good-natured campaign that told people who Mormons really are. The result was a resounding applause by the public and media outlets on the church’s turning of what could have been detrimental to the church into a positive outcome.

Sydney prepares for a similar experience as the musical opened last month. Chatting with a friend over lunch, she asked how I felt about my faith being pulled out of context for the sake of humour. Surprised to hear that I was not offended, our chat quickly shifted to a talk about my Christian faith, the church’s involvement in community work and our recognition of the family as society’s building block — things that matter most to Mormons.

Lead image from The Daily Telegraph

Read the rest of this story at .dailytelegraph.com.au