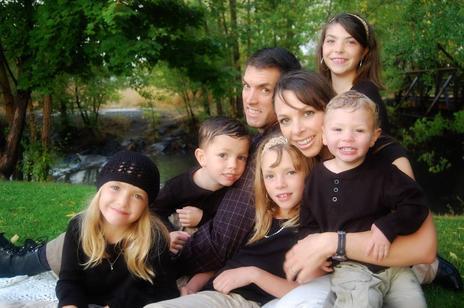 They say that lightning doesn't strike twice, but for the Bingham family, it has struck three times. Three children out of the five born to Oregon residents Jason and Stacy Bingham have already experienced serious heart problems, and the other two are showing markers, according to the Lucile Packard Children's Hospital at Stanford.

The Latter-day Saint family's heart journey began in 2006, when their oldest daughter, Sierra, then 6, was diagnosed with dilated cardiomyopathy. As her condition quickly worsened, she was placed on the transplant list and soon after received a new heart. While checkups, biopsies and tests have to be a regular part of life from now on, the Binghams felt relief at the time.

Read the rest of this story at deseretnews.com.

Visit NBCNews.com for breaking news, world news, and news about the economy