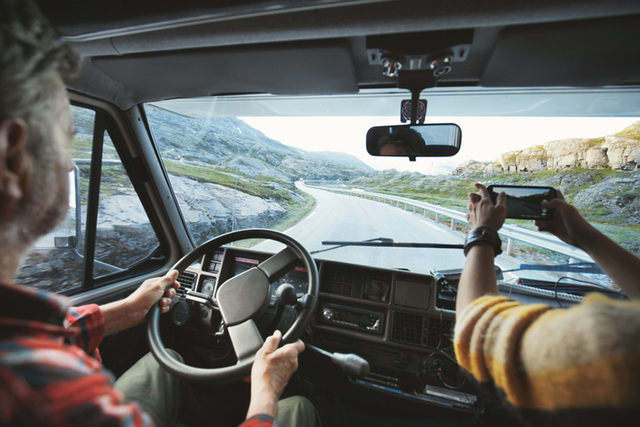 "Does Everyone Have Their Seat Belt On?" What an Ignored Prompting Taught One Woman About Revelation

Some dates burn themselves clearly into your mind. For me, one of those memorable moments in my life came on December 26, 1987. I was twelve years old. My mother, two of my older brothers, and I had left the house early to drive the many miles from Phoenix, Arizona, to Logan, Utah, to visit my oldest brother and his family.

As usual, we got a late start. Nevertheless, Mother suddenly pulled over so we could have a family prayer, which we always did before traveling. We all dutifully closed our eyes while Mother asked for the standard things: safe travel and that the car wouldn’t break down. Then we were on our way, and I settled in for a long drive—one I wasn’t looking forward to because I had to share the backseat of our little Toyota Tercel with my fourteen-year-old brother, who I thought was a real pain to be around in those days.

About midmorning, we approached the little town of Camp Verde in northern Arizona. Snow lined the highway, and we had the heater on. My brother thankfully had fallen asleep next to me, which gave me some peace, at least for a little while. My mother drove, and my other brother David sat in the passenger seat in front of me. I leaned my head on the window and watched the scenery go by, not really thinking about anything. Then a thought formed very clearly in my mind. Does everyone have their seat belt on? I sat up straight and spoke the question aloud—I couldn’t help myself. Both occupants of the front seat checked their buckles.

I looked over at my sleeping brother, who was especially moody that day, even for a teenager. I hesitated. I knew he would not take kindly to his little sister waking him up just to make him put on his seat belt. Even the thought made me shudder.

I’m being silly, I told myself. Why does it even matter? I shook off the weird feeling and let him sleep. Nor did I bother to dig out my own seat belt from under the pillow I was sitting on to make my journey more comfortable. So both of us in the backseat remained unbelted.

Not five minutes after that thought came, we rounded a curve in the road, and the car hit a patch of black ice. The last thing I remember seeing was the side of the mountain in front of the car as we spun out of control, flipped upside down, and crumpled on the side of the road.

When I came to, I found myself lying in a heap against the roof of the car and the window. I called out to see if everyone was okay. My mother and brother in the front seat, secured in their seat belts, were all right. But my brother who had been asleep next to me was gone. I screamed.

My mom’s leg was cut badly, and her foot had been pinned so she stayed in the car while David opened his door—the only one intact—and he and I crawled out and looked around. Passersby stopped to offer aid, some bringing blankets. I finally spotted my brother who had been sleeping next to me moments before. He appeared dazed as he walked around in the snow, bleeding but alive. He had a gash on his jawline and another on his leg. To this day I have no logical explanation of how he survived, as the place where he had been sitting had caved in completely in the crash.

As the details of the accident came together, it became apparent that my brother had been ejected from the car as it rolled, barely escaping getting crushed by the car as it flipped over. The front passenger side of the car had the only intact tire and door—even the window had escaped damage. The rest of the car looked like a spent sardine can. It’s still incredible to me to think that four people had been inside, along with luggage and Christmas gifts, yet had escaped serious injury or death.

An ambulance arrived, and we were taken to the hospital in Camp Verde, where my mom and brother had their wounds stitched up. I had been banged around quite a bit and would be sore for weeks to come, but the two of us in the backseat had escaped serious damage. Neither one of us had even broken a bone. I’d left a hunk of my hair on the clothing hook near the back window but otherwise had no mark on me. My uncle drove up to bring us home that afternoon, so we spent the night safe in our beds.

This potential tragedy passed into our family’s history as a significant event—but thankfully not as a day marked by the loss of loved ones. I have no explanation for why we all survived, except that perhaps Heavenly Father had further work for us upon the earth. I have thought much since that day about the impression I had received, and I have come to believe that it was a teaching moment from the Lord. That knowledge has since helped me recognize promptings at other times, only now I try to respond more fully.

In all His wisdom, the Lord understood that at age twelve I could not fully comprehend what to do with such an impression as I experienced. He, nevertheless, opened a way for my brother to be saved from serious harm. And who knows? Maybe it was better for him not to have been buckled in. We’ll never really know. I do know that I probably would have fared better had I dug out my own seat belt and put it on. But lessons come as we are able to learn, and at the age of twelve, I had been given my first lesson in listening to the Spirit. Now I know how important it is to respond to promptings and to follow them. I know my family survived the accident by divine design.

Liz Bennett enjoys traveling and spending time with her family, especially at the same time. Some of her hobbies include reading the classics and writing, of course. Liz is active in her Church callings and is always up for a good laugh. 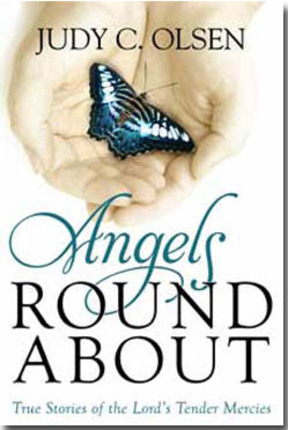 For more touching, true stores, check out Angels Round About: True Stories of the Lord's Tender Mercies.

This engaging volume is a collection of true stories shared by Latter-day Saints who have experienced the Lord’s tender mercies in the midst of trying circumstances. The vignettes vary from accounts of heartfelt supplications answered to sweet whisperings of knowledge and comfort to kind understandings that bring hope and peace. Woven into each are profound lessons that demonstrate how, under the direction of the Father and the Son and through the power of the Holy Ghost, we can be protected, inspired, converted, healed, and taught. Together, these chapters beautifully confirm the glorious truth that there are, indeed, angels round about us.