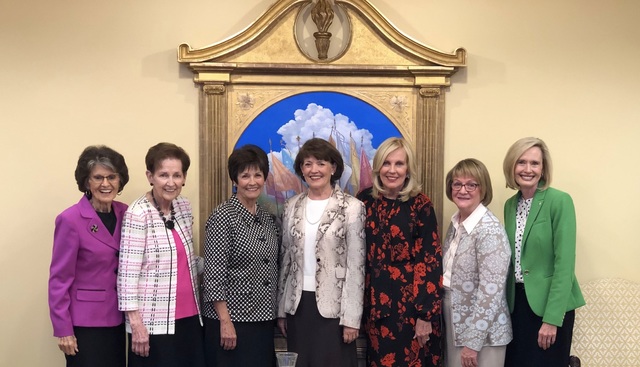 “Each Word of This Theme Is From Heaven:” Young Women General Presidency Shares Revelation Behind New Theme

“I said, ‘Well I think they need to understand who they are, their identity,’” Sister Cordon recalled. “And before I could even take another breath he said, ‘Yes, and they need to know their purpose.’ So walking out, having President Nelson’s vision that the youth need to know who they are, their identity, and what their purpose is—that helped frame our Presidency.”

When the time came to write the new theme, Sister Cordon testified of the power of revelation in the process.

Part of the process of writing the theme included the presidency standing to recite the theme, envisioning young women around the world doing the same. After meeting with the Quorum of the Twelve Apostles and the First Presidency, the Young Women General Presidency continued to make adjustments until they had what they thought would be the final version.

“We stood and said it together as a Presidency and I feel like the Spirit really descended and we were all in tears and nobody said anything,” said Sister Michelle Craig, First Counselor in the Young Women General Presidency. “We sat down and we thought, this is it. But that was really a special moment. The Lord . . . cares about every word in this theme and the placement of words and sentences and He let us know really clearly when it was right.”

“We talk about this being a new theme, but the reality is that it is an extension of what we have been doing in the past," Sister Craven said. "Because we believe in living prophets, we believe that Jesus Christ is at the head of this Church, we believe that this is a living Church and that revelation reigns.”

LISTEN TO THE PODCAST AT ChurchOfJesusChrist.org