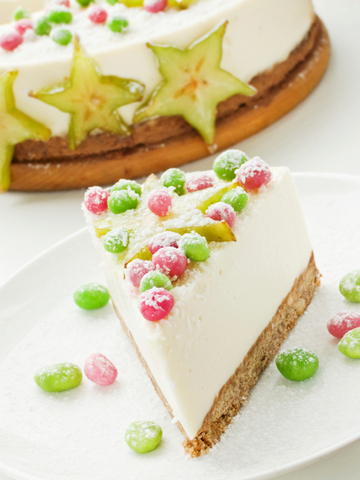 There’s something about this recipe that just whispers to me across the sands of time. From summers spent eating it on the patio at my grandma’s house to stealing an extra piece after our Fourth of July celebration when I was 9 (and owning up, unsolicited, to the pilfered piece later, like a good little Mormon girl)—it just speaks of summer throughout. Maybe it’s the freshness of the lemon. Maybe it’s the cold sensation of ice cream. But I have a theory that it’s both.

Pulse 1 box (or about 36 cookies) of Nilla wafers in food processor until pulverized (like what you would expect in a graham cracker crust). Add butter and sugar and stir. Press into bottom of 9x13-inch pan.

Stir softened ice cream and lemonade in a large bowl until well combined. Spread over crust and allow to freeze until hardened, about 3 hours.

I really, really want some now. (Too bad any dairy makes my nursing baby sick. Boo.)

For the life of me, I can't find a photo of it. And since making it would be a waste in a house where one adult can't eat it and the other is apathetic to non-chocolate desserts, I found a photo of what it (almost) looks like:

(Just take off the toppings and imagine it in a square, and voila.)

Here are some other ways I’ve tried to stay cool in a tasty way:

As you can see, we're serious about dessert in our house.