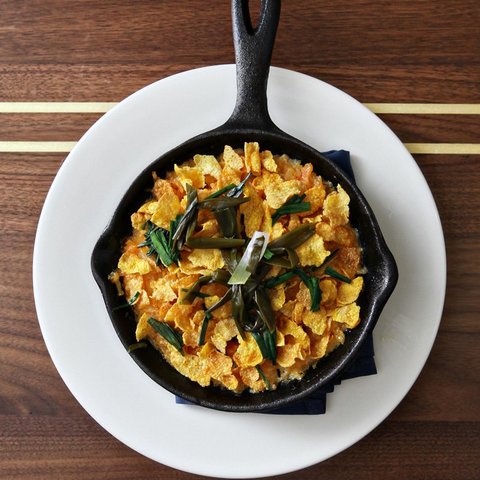 Known for its strangely morbid name contrasted with its blend of dairy and carbs that is pure bliss, Mormon funeral potatoes is king among the side/salad category in Utah.

And finally, its supreme deliciousness has been rightly dubbed "one of the greatest American triumphs" according to Food and Wine Magazine.

"If you’ve ever encountered Mormon funeral potatoes, you can attest that the salty, crispy, cheesy casserole is one of the most oddly satisfying creations that exists in America—nay, the world," praised Food and Wine author Jenn Rice in the article "The Best Places to Eat 'Mormon Funeral Potatoes, One of the Greatest American Triumphs."

Traditionally viewed as an "Intermountain West thing," this article shows the potential this dish has for becoming recognized its native demographic to be loved by all and fulfill its higher purpose—bringing people together.

“Even if you’re not from that faith, in Utah they’re still called ‘Mormon Funeral Potatoes’ and have only positive connotation," Tyson Peterson, executive chef at Spoke & Steele in Indianapolis says. "They are perfect for any get-together, as they’re customizable and feed many people easily.”

To read the full article and find out how the Mormon funeral potatoes' fame has spread, click here.