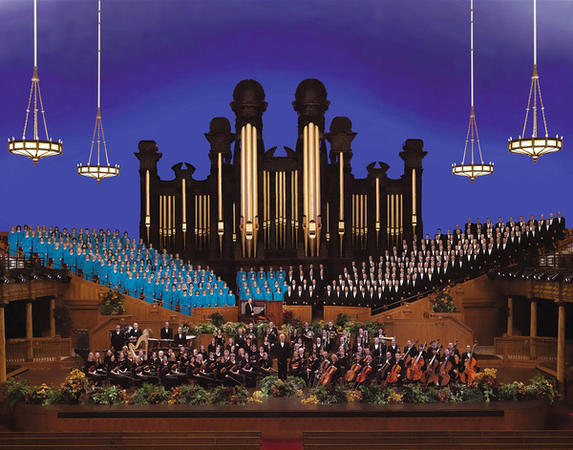 Karen Maxwell says not to underestimate "the power of 600 people giving their all to something they feel so intensely."

Maxwell is in her second year with the Mormon Tabernacle Choir. During that time, she has helped record four albums. The most recent is "Glory! Music of Rejoicing," a project meant to "raise the roof."

"I think that Mack Wilberg and Ryan Murphy just picked songs that allowed the choir and orchestra to be intense and exuberant about glorifying the Lord, and it's something that we feel so strongly about in our calling as musical missionaries," said Maxwell, an Alto I from Salt Lake City.