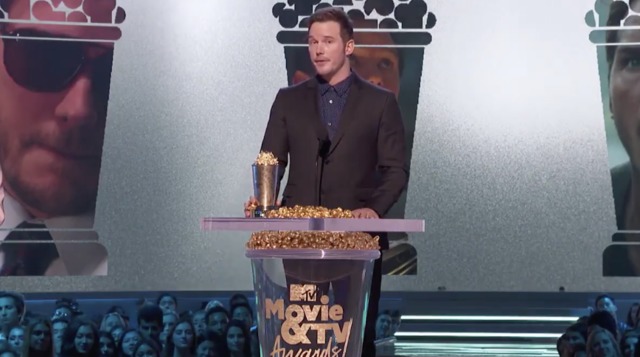 Whether it's saving the galaxy or singing about Li'l Sebastian, Chris Pratt has had many memorable moments as an actor.

And on Monday, Pratt also shared some memorable advice as he accepted MTV's Generation Award. Outlining "nine rules from Chris Pratt: Generation Award winner," Pratt shared a mixture of humorous and profound advice that touched on his beliefs in God.

► You'll also like: Chris Pratt Reveals Why He Was Wearing a BYU Shirt in That Viral Photo

"Number six, God is real. God loves you. God wants the best for you. Believe that. I do," Pratt shared to the thousands watching the awards.

Watch the full video below to see what else Pratt said about God during his acceptance speech.

Disclaimer: Some of the language in this video may be offensive to some viewers.

1 of 9 rules from @prattprattpratt "Don't be a 💩" Congrats on receiving the Generation Award! #MTVAwardspic.twitter.com/IFn87o8Kuk