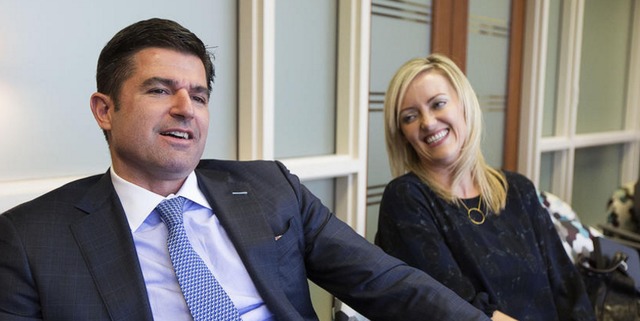 Raised a devout Catholic, Scott O'Neil knew about the Church from his wife, a devout Mormon. But his feelings toward the Church all began to take on a more personal tone when he received something special from his nephew.

At the end of July, friends of Philadelphia 76ers CEO Scott O’Neil received a text from him that simply said, “I believe.”

The text was his way of informing them of his decision to be baptized a member of The Church of Jesus Christ of Latter-day Saints.

O’Neil, who is not only CEO of the Sixers but also of the New Jersey Devils and the Prudential Center, had been married to his wife, Lisa, a lifelong member of the LDS Church, for nearly 21 years. The two are parents of three daughters, Alexa, Kira, and Eliza. He attended church with family on Sundays, held family home evenings each week, led his family in scripture study, and paid tithing for years.

So what changed? Why now?