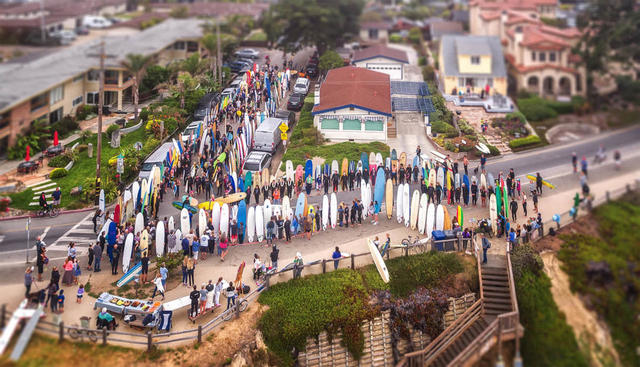 "He Was an Angel in Human Form": Steve Young, Hundreds Gather for Former LDS Bishop's Funeral

This is a great example of the powerful influence one person can have on so many people throughout their life.

On the first Saturday in August, hundreds of people lined the streets of 38th Avenue Beach in Santa Cruz, California. Many wore wetsuits and stood at attention with paddle and surf boards on their backs. People from all walks of life had gathered for a paddle out to honor and pay tribute to one man: Greg Madsen.

Madsen is not famous. In fact, when I called to interview his wife, his daughter and a friend, they all asked the same question: “Why are you writing a story about Greg?”