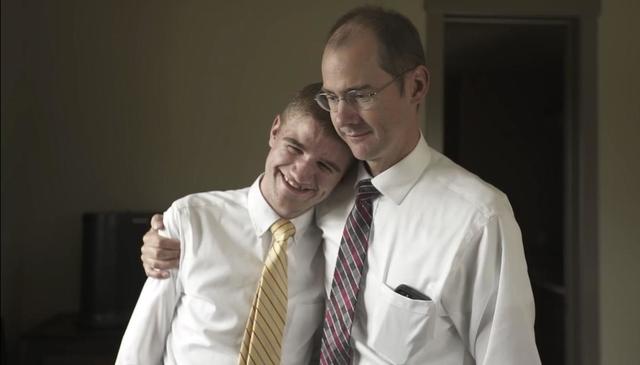 "How Could God Do This to Me?": How an Autistic Teen Who Couldn't Communicate for 15 Years Discovered God's Love and His Purpose

The Church's #LightTheWorld video for December 19 shares the powerful story of Aaron Jepson. Recently, the Deseret News interviewed the Jepson family to discover more of Aaron's story, including the powerful moment he first felt God's love for him.

From the time Aaron Jepson was diagnosed with autism at age 3, his parents have tried all the standard therapies to help him learn to communicate, but to no avail. His father Bryan said Aaron could say the ABCs and repeat lines from the movie “Toy Story,” but nothing more.

As he got older, Aaron Jepson learned to speak in full sentences but only to ask for food or household needs, never anything deeper, his father said.

Failure to communicate made life frustrating for Aaron Jepson the teenager, and his parents could only watch helplessly.

“We didn’t know how to help him or communicate with him,” Bryan Jepson said.

The family found hope when Aaron's adopted brother Austin, who also has autism, learned to communicate using a stencil board in which he could identify letters for spelling words and building sentences.