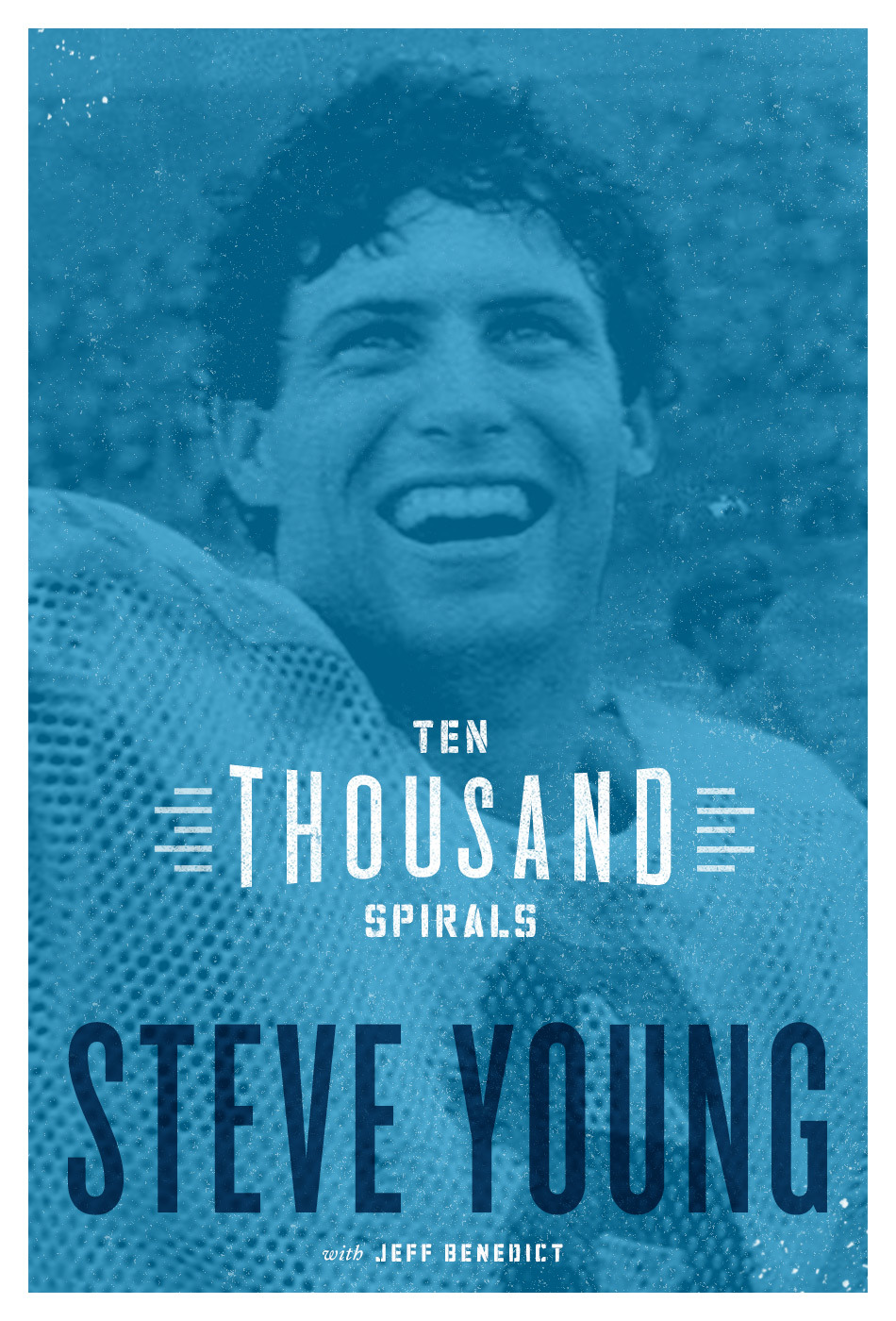 Steve Young got his start in football at BYU, back in the glory days of LaVell Edwards and Jim McMahon.  In those days, Young wasn't the MVP-award-winning NFL star he is today.  He was just a self-conscious 18-year-old hundreds of miles away from home, feeling out of place and struggling to adjust to life away from his family.

When Young first walked into BYU's locker room, he was ranked last in the long list of BYU quarterbacks, overshadowed not only by McMahon but by six other athletes.  Dejected, inexperienced, and yet determined to prove his potential, Young hit BYU's practice fields those first weeks with new resolve, fueled by his competitive nature.  But, despite this renewed dedication, Young's efforts failed.  After the first week of practices, he was assigned to the practice team--the "meat squad--and told by BYU's quarterback coach, "You'll never play quarterback at BYU."

After this revelation, Young called his dad, wanting to give up and come home. But Young's dad gave him some succinct and brutally direct advice.  "Steve," he said, "you have to suck it up."

And that is exactly what he did.  Young started showing up to BYU's practice fields first and stayed long after any other player. He analyzed McMahon's throwing technique, ran grueling drills to improve his athleticism, and threw hour after hour until his arm throbbed.

And somewhere along the way--through these hours of practice and thousands of throws--Young gained not only the athleticism and the technique he needed to become a starting college quarterback, but he gained the determination and the grit that would propel him to become a legendary NFL quarterback.

Young finished at BYU with 592 pass completions, 7,733 passing yards, and an NCAA record for the highest pass completion rate of any quarterback in a single season (71.3%).

Young later went on to play 14 seasons of NFL football and became the first left-handed quarterback inducted into the hall of fame, where he is still currently the highest ranked quarterback in NFL history.  Read more about Young's start with BYU football and his struggles to finally make a place for himself on the team's starting roster in his excerpt, "10,000 Spiral"--available now at Deseretbook.com.

Pre-order Steve Young's new book QB: My Life Behind the Spiral at deseretbook.com.