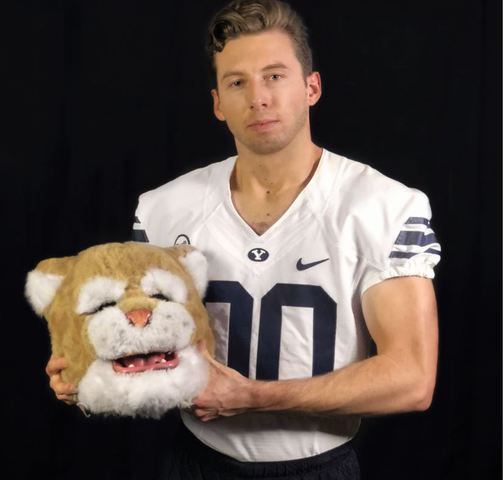 "I Believe We Can Do Better:" Former Cosmo the Cougar Comes Out in Support of LGBTQ Saints

As I integrate my sexual orientation with my church activity and faith in Jesus Christ, my future sometimes seems bleak and overwhelming. The family and friends who have shown me Christlike love and support, however, give me hope.

As Cosmo the Cougar at Brigham Young University, I kept the best part of my life a secret from everyone around me by wearing a mask. I traveled the country, performed for millions of people, took pictures with screaming fans, signed autographs and danced like no one was watching — even though everyone was.

My senior year as Cosmo was unforgettable. It was thrilling to watch fans around the globe share Cosmo’s newest dance video, which garnered hundreds of millions of views across social media platforms. I performed live on ESPN at the College Football Awards, and NBC Sports dubbed 2017-2018 the “Year of the Mascot” in honor of Cosmo’s viral influence. When I was Cosmo, I felt invincible.

As scary as it seemed to dance in front of 60,000 people, an even scarier thought often crept into my mind — “If they knew who I really was, would they hate me?”

I wore another mask while I was at BYU — a mask to cover the shame I felt for being “different.” For years I pleaded with God to change my sexual orientation, but after returning to BYU from a full-time mission for The Church of Jesus Christ of Latter-day Saints, I began realizing that being gay is an integral part of who I am. As I grappled to develop a better understanding of myself, I felt immense pressure to hide my sexual orientation. I was hyper-aware of what some of my peers said about the gay community, how they viewed same-sex attraction and the often unkind and insensitive words they used to describe LGBTQ people — people like me.

The same community that made me feel like a superstar often simultaneously made me feel broken, unloved and defective.