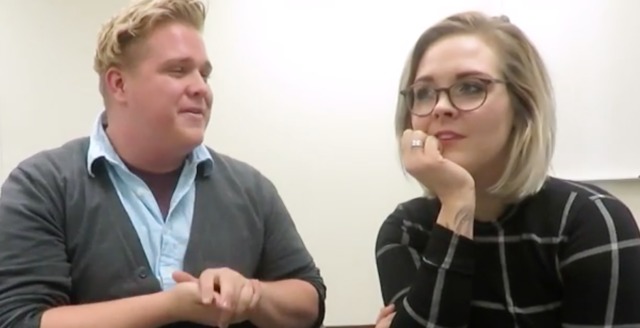 "I Lost Everyone": Al Fox Carraway Opens Up About Her Loneliness as a New Convert

"I joined the Church, so I got baptized, and I lost everyone. And man, that hurt," Al Fox Carraway shares in a new video with LDS video blogger Robby Talbot.

The video features Carraway and Talbot discussing trials members face, especially when it comes to loneliness and anxiety.

And during her early years as an LDS convert, Carraway says she experienced plenty of loneliness.

After becoming a member of the Church, Carraway says in her book More Than a Tattooed Mormon that she lost many relationships with those she loved and spent some of her time alone.

I hated coming home late at night, driv­ing by the thick of everyone’s social life, and walking into an empty apartment. There were too many times I’d drive home crying, abso­lutely hysterical because I didn’t want to be alone. There were plenty of nights I would plead to feel the Spirit, to make things easier, but I didn’t. I didn’t feel Him at times when I really needed to, and I would beg in tears just to feel peace ("More Than a Tattooed Mormon," Al Fox Carraway).

In the video, Carraway elaborates that for her, "There were times where I would just collapse. I would literally just fall on the ground and I would scream up into my ceiling and just be like yelling at God. I'm like, 'Why? Why is something so right so hard? Or why do I need to feel so alone?"

And Carraway says she didn't find relief from this trial for a long time. She noticed that once things started to get better, the more perfect this trial seemed to her.

That's because, as she says in the video, she learned how God spoke to her and that God is all she really needed in her life.

Guys! Go check out my new video with @22AlFox the link is in my bio. #alfox#alfoxcarraway#tattoedmormon#ldspic.twitter.com/73V7IfEFk2 — Robby Talbot (@RobTalbot85) January 12, 2017

And after this "brutally honest" time communicating with Heavenly Father, Carraway says she knows she is never alone and she can turn to Him. Through this experience, she gained a whole new look at trials and how to gain lessons from some of life's most difficult times.

"I'm so grateful to, instead of getting mad and becoming bitter wondering, 'Why you? Why so hard? Where's God?' But rather to look for the lessons," she says. "To look for the things that can make you better in your trials, not only are you becoming more productive with them, but they go by much faster and you're a lot happier and you grow into this person . . . [who is] so much better than you thought you would become."