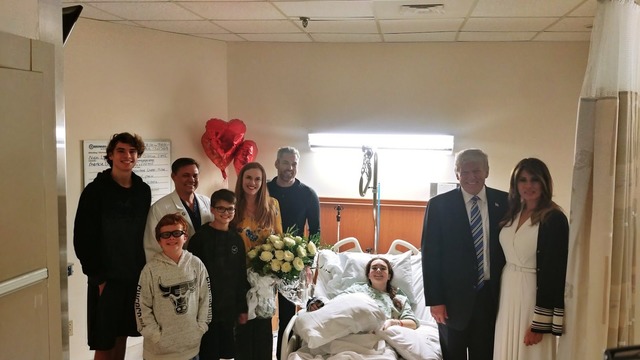 "I Thought I Was Going to Die:" LDS Shooting Survivor Shares Story, Tells Others to "Turn Toward Christ"

"Most people say they don't believe in God because if there was a God, all these terrible things wouldn't be happening," Madeleine Wilford recalled telling hundreds of fellow Mormons, "but that's what we're put on this earth to do, to endure a lifetime, and life's going to be full of ups and downs. The only way we can make it better is to turn toward Christ and know that he always has a plan for us, and he'll help us through it no matter what."

While Wilford has spoken out about her experience the day of the Parkland shooting, Alaina Petty's family has also spoken out, saying a strong family may have prevented Nikolas Cruz's shooting spree. "Strong families are vital to a peaceful, functioning society," Ryan Petty said. "When families break down, that's where the problems begin. We need legislators and policymakers to pass legislation and create policies that strengthen families."

The Pettys have scant details about what happened to Alaina. She was in her English class, expecting her mother to pick her up in about 30 minutes for her orthodontic appointment when Cruz allegedly emerged from an Uber ride and went on a six-minute shooting spree.

Wilford was in her AP Psychology class.

"All of a sudden shots went off," she said. The shooter was a few classrooms down, shooting through the windows of first one classroom door, then another. Students dove to the floor and tried to get out of the line of sight of the door window. Wilford wedged herself between her teacher's podium and desk. As everyone tried to hide, she was pushed back slightly toward the middle of the room.

"All of a sudden I felt a shot hit me," said Wilford, who doesn't recall feeling the other three bullets. "I realized I was shot and an immense amount of pain went over me. The first thing I thought was that I was going to die. I was screaming, 'Help me! Help me!' I was frantic. I didn't know what to do."