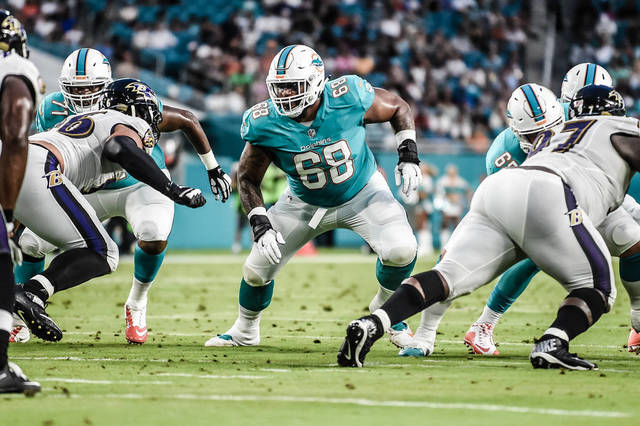 “I'm Ready to Go Back”: NFL Player Shares His Journey Back to the Church and Temple

"There were so many things that I was able to learn on my mission that helped me when I started going back to Church, and helped build my testimony,” Isaac Asiata said. “I will carry those things with me for the rest of my life.”

Andy Phillips wasn’t alarmed to receive a text a few years ago from his University of Utah football teammate Isaac Asiata.

The two young men had become friends on and off the gridiron. They were part of the team’s field goal unit and often swapped texts. On the field, it was Asiata’s job to protect Phillips from ornery defensive linemen. Phillips’ job was to kick the ball through the uprights. They depended upon each other.

But this text was different: “I’m ready to go back.”

"Go back," Phillips understood, meant going back to the temple. For Asiata, returning to the temple after a long absence was one of many “come to himself” moments that were necessary for the now-second-year Miami Dolphin. He was seeking a peace that had eluded him since returning home from his mission earlier than planned.

And for Phillips, “It was a special moment that I’ll never forget.” He had watched Isaac push back adversity with an offensive lineman's ferocity and come out a better man.