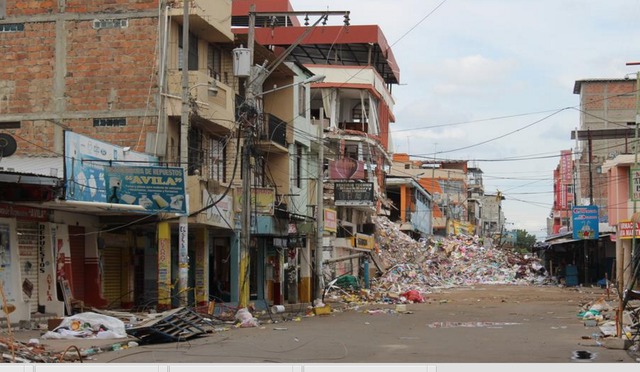 "It Looks Like a War Zone:" Church Leader Visits Victims of Ecuador Earthquake

Over 650 were killed in the Ecuador earthquake, 11 of those members of the LDS Church. The devastation caused by the earthquake caused millions in damage and left over 8,000 injured. As the country begins to rebuild, the Church is playing a key role in providing humanitarian aid.

“It looks like a war zone,” said Bishop W. Christopher Waddell, second counselor in the Presiding Bishopric of The Church of Jesus Christ of Latter-day Saints, after looking at the effects of a recent earthquake in Ecuador.

The 7.8-magnitude quake hit the region on April 16, killing more than an estimated 650 people and injuring thousands.

The Mormon leader visited two of the hardest-hit areas, including the cities of Manta and Portoviejo, April 28–29, 2016. Bishop Waddell comforted and ministered to earthquake victims during his trip. He walked with people as they showed him the damage to their homes, he visited distribution centers and he met with government officials.

Bishop Waddell also spent time with local Church leaders and members during his visit. “My feelings after being with members here in Ecuador is one of gratitude for who they are, for their faith,” he said.