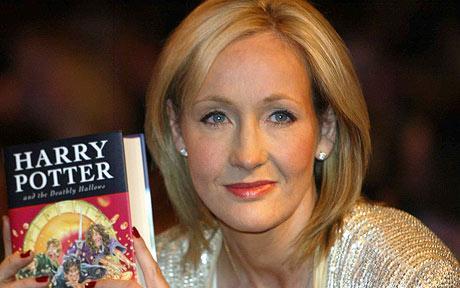 Mormon Cassidy Stay has received condolences and support from many people over the past month, including President Thomas S. Monson. The young girl, who was the lone survivor of her family after a tragic massacre, more recently received some support from the famed Harry Potter author, J.K. Rowling, who sent a personalized letter from “Dumbledore” reported LDS.net on Monday afternoon.

Fifteen-year-old Cassidy Stay witnessed her parents and siblings being killed, but was able to save the lives of many other family members. She spoke at the mass funeral for her family a few weeks ago, where she remained surprisingly calm and hopeful through her tears, acknowledging that her family was in a better place, and that she would see them again. An avid Harry Potter fan, the young woman used a quote from Dumbledore in Harry Potter and the Prisoner of Azkaban in her remarks: “Happiness can be found even in the darkest of times.”

Because of this and as a way to show their love and support for Stay, a Facebook group called “We want JK Rowling to meet Cassidy Stay” was created. The page is only a few hundred “likes” short of 5,000 and did in fact gain the attention of the popular author. Soon after LDS.net’s report, the page’s administrator confirmed through one of Stay’s friends that the 15-year-old not only received a personalized letter from “Dumbledore” hand-written with purple ink, but she was also sent a wand, an acceptance letter to Hogwarts (complete with a school supply list!), and an autographed copy of Harry Potter and the Prisoner of Azkaban (the book Stay quoted from). Though the group is still hopefully of initiating a meeting between the two, we here at LDS Living were touched by Rowling’s thoughtful gesture. We will continue to keep Stay and her family in our prayers. To contribute towards the fund to help pay for Stay’s hospital bills and living expenses, click here.