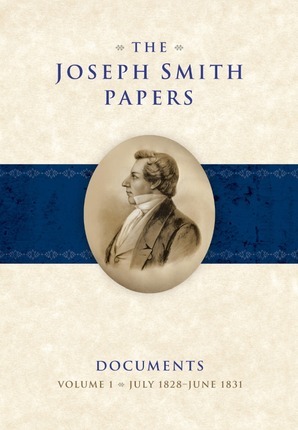 Gerrit Dirkmaat is a historian working as an editor of The Joseph Smith Papers volumes. He joined the Joseph Smith Papers project in 2010 and has since served as a historian/editor on Journals Vol. 2, Documents Vol. 1, and as the lead volume editor of Documents Vol. 3, which will be published in 2014. He is currently serving as an editor for the first volume in the Administrative series. We are super-stoked to have him as our guest.

Deciding what is of most interest in a volume you have researched, written, and edited is probably similar to attempting to determine which of your children you love most. It all seems very important from my perspective, but clearly there are things in Documents, Volume 1 that will be of particular interest to both scholars and non-scholars alike.

Like Journals, Volume 2, with its frank yet brief discussion of polygamy in the introduction, Documents, Volume 1 has an introduction that addresses a difficult issue—i.e., the way revelations were received and the way Joseph Smith translated the Book of Mormon. While space limitations made an exhaustive explanation on this point impossible, readers will find a very straightforward discussion of Joseph Smith’s use of seer stones both to translate the Book of Mormon and to receive many of his early revelations.