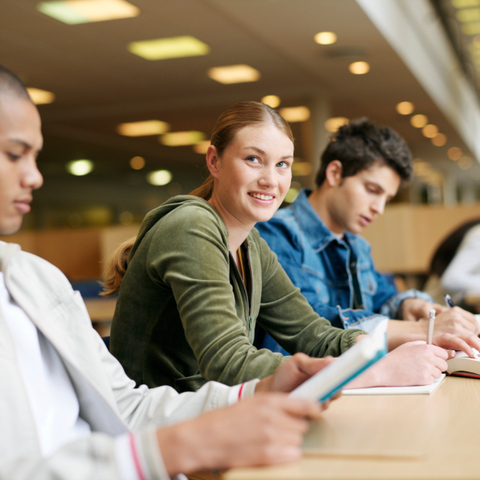 {LDS How-to} Survive and Thrive at a Non-LDS University

I so wanted to lie to the sweet old woman who had watched me grow up in her ward, but, alas, I knew that if I was making this decision, I had to stand by it or no one would ever understand why I did it.

“Well, no actually. I decided to go to Ohio State University in Ohio. But I’m really very excited to head out there!”

It seemed as if everyone was dumbfounded that I had chosen to attend a non-LDS university and that, out of the goodness of their hearts, they were concerned about what might happen to me.

Luckily for me, I thrived in college—I was a walk-on varsity athlete for a year and the managing editor of the student newspaper, I graduated with two majors and I had both ward and stake callings. I saw everything from the power of the world’s influence on those around me to the power of the Savior’s love to change people’s lives.

But it wasn’t easy. I had a lot to learn along the way and I was far from perfect. Here are my best tips for surviving and thriving at a non-LDS university.

1. Be loud and be proud. When I first moved into the dorms and started classes, I was pretty quiet about my faith. I thought that people would judge me and I wouldn’t make any friends. Once I was unafraid to address my faith in casual conversation (it took a little practice), I was pleasantly surprised by the reaction from most people. And I realized that people who wrote me off weren’t people I wanted to associate with anyway.

2. Attend institute. This might seem trite or like an advertisement for the Church Educational System, but truly, attending institute was the best decision I made during college (outside of regular church attendance, of course). The institute building itself is usually more conducive to studying than any library on campus, and I made many friends and future roommates in class.

3. Pray for missionary experiences, but be okay when people turn you down. I saw many conversion stories of wonderful people while I was in Ohio. But I also had many friends meet with missionaries and have no subsequent interest in the Church. At first that was painful to take, but I had to remind myself that because I was a daily example and friend, I was planting gospel seeds.

4. Have good friends. I think this tip holds true for LDS schools as well, but find good friends who will support you. I made many good friends in the Church while I was at school. But I also had several good friends outside of the Church who knew my standards and always made sure that I felt comfortable with what we were doing.

5. Keep a journal. Often times, at a non-LDS school, you might feel like no one around you understands your trials and tribulations. Aside from prayer, I have found that keeping a journal was one of the best ways to debrief—to unload all of the drama, worry, pain and concern and move on.

6. Stay away from sororities and fraternities. As Ice-T once put it: Don’t hate the playa, hate the game. I have met many wonderful people who happen to be “Greek,” but the fact of the matter is that Satan has a lot of power in those places. Just stay away. Plus, singles wards pretty much act like a co-ed fraternity—and the activities are uplifting!

7. Do service. I think college students can be some of the most selfish people on the planet. You can’t blame them, it is human nature. When you are young and single you really don’t have to think much about anyone but yourself. To avoid this casualty of the single life, engage in service! It will bring you closer to others and closer to the Lord. And it will always bring missionary experiences.

So there you have it. A foolproof (well, almost) way to survive and thrive at a non-LDS school. Now go out and be examples to the world!

---
Molly is a 2011 graduate of journalism at Ohio State University. She is now getting a master's degree in digital journalism at the University of Southern California. She loves blogging, reading, crafting and meeting new people.

How To Lds How To CollegeLds How To,College,How To
Comments and feedback can be sent to feedback@ldsliving.com