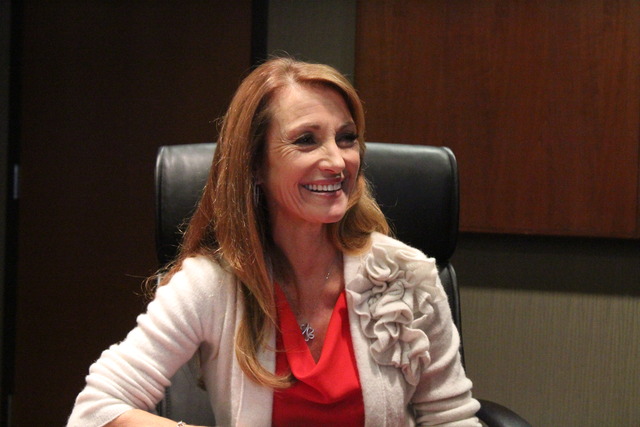 Jane Seymour has earned two Golden Globe Awards, an Emmy Award, and a star on the Hollywood Walk of Fame. So last year when the Mormon Tabernacle Choir announced the iconic actress would be the narrator for their famous Christmas concert, I was more than a little excited.

With an acting career that spans four decades, Seymour is best known for her roles in films like Somewhere in Time and Live and Let Die, as well as her long-running television series, Dr. Quinn, Medicine Woman. So what drew her to be a part of the Christmas concert?

“I’d heard how wonderful the Choir was, and I knew their reputation,” she told me. “I’ve listened to the Choir, and they are exceptional.”  She continued, “I love the Good King Wenceslas story [which Seymour read during the concert]. It has a beautiful message of spreading joy by giving more of ourselves. And I loved the fact that the concert included dance as well.”

Seymour said she was also motivated for more personal reasons. “I felt it would be something very special for my children and grandchildren. It’s now a treasured Christmas memory for them—a memory they’ll have forever.”

So was her time with the Choir everything she hoped it would be? “Everything and more,” she said. “It was a fantastic experience. I felt like I was part of a big family. There was such joy and enthusiasm and talent that I just got carried away with it. I loved it.”

And I loved my time with her. Jane Seymour is every bit as elegant and gracious and beautiful as you could imagine.

Good King Wenceslas, as told by Jane Seymour, is now a beautifully illustrated hard-cover book that includes a DVD of her narration from the concert.