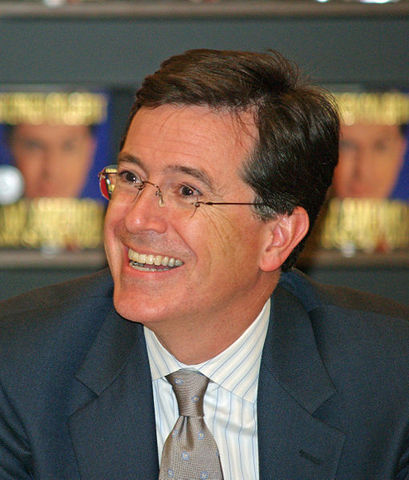 The other day, we found a clip from The Colbert Report about Mitt Romney and the Church's brilliant marketing campaign. We wanted to share it for a few reasons: (1) Colbert shows a sort of enjoyable and good-natured, but underhanded, praise to Mormons, (2) it's a great example of "what they're saying about us," which is something we Mormons are always interested in learning, and (3) it's funny. Since we saw it, the video has been getting some buzz; other bloggers have already lauded its virtues (with blog By Common Consent saying “the church could hardly ask for a more flattering treatment”). And did we mention that it’s funny?

But we had one huge hesitation in posting it: it's REALLY irreverent, mostly at the end. (It is, after all, from a segment called "Yahweh, or No Way?") Other people (and other Mormons) might have appreciated it, but what would LDS Living readers think? It's typical of Stephen Colbert's humor, but we worried that you, the gentle reader, would balk at the sometimes flippant way he deals with religion. How could we know if its virtues or vices would win out?

So that's where we came to a decision: we want to know what you think about acts like this. Humor can expose difficult truths that we might otherwise avoid, but when does it pass from the realm of thought-provoking to offensive?

Do you think it's funny, even productive, when a comedian jokes about religion this way? Or do you think it's best to avoid acts like this, erring on the side of caution against offending the Spirit?

(Video embedding doesn't seem to be working. Click here to see the video.)