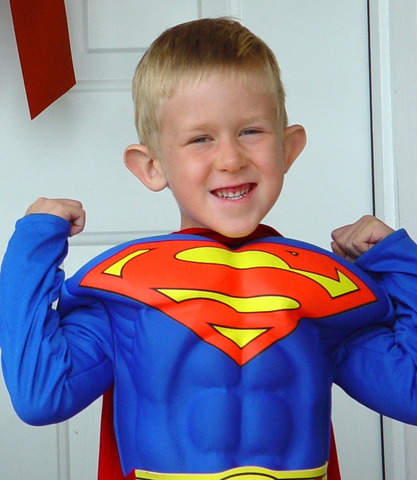 {LDSL Blog} The Hero Within

I think deep down there is a desire in each of us to be a hero.

When my two boys were younger, they imagined themselves to be everything from Superman to Luke Skywalker to Captain Moroni. And I remember as a six-year-old spending day after day running around the neighborhood in nothing but my Wonder Woman Underoos and red rubber rain boots.

We hope that if ever faced with a life-or-death situation that we will have the courage to rush to the aid of another person. Most of us will never find ourselves in such a circumstance, unlike the brave and selfless police officers, fire fighters, and those serving in the armed forces. But I would argue that stepping up to the plate to do the little things can be just as heroic.

When my family recently experienced a crisis, the heroes of our ward were there. I hated the fact that we were suddenly the “ward project,” but when the priests and Laurels and their leaders converged on our house to pull weeds and do home repairs—things that no matter how hard I tried I could not get done—it was a humbling experience. I’m sure those young women and young men thought they were performing just another service project, but they will always be heroes in my eyes.

I did not ask for help. In fact, I never would have (I’m much too stubborn), so it meant the world to me to have a leader recognize my needs and offer in a very specific way to provide assistance. I have learned there is a vast difference when, instead of saying, “let us know if you need anything,” a visiting teacher or home teacher says, “It looks like you could use a break. Let us bring you dinner on Monday night.”

There are plenty of ways we can be heroes to family members, neighbors, and strangers on the street. A seemingly small act can be a lifeline for someone who, unbeknownst to anyone else, may be feeling overwhelmed and alone. In this season when we celebrate freedom and independence, may I suggest that we pay special attention to the needs of military families. One of the best ways we can express gratitude to those heroes who have been deployed is by being heroes to the families they leave behind (for ideas, click here to read “Supporting Military Families” from the July/August 2011 issue of LDS Living magazine).

The opportunities to serve are all around us, if we will just take a moment to look for them. I promise, the hero within you is closer than you think.

--
Jamie Lawson is managing editor of LDS Living magazine. She loves traveling internationally, meeting fascinating people, and listening to 80s music. She enjoys tasting new foods but does not like to cook. She has two adorable boys who help her stay up to date on the latest technology, fashion trends, and catch phrases.