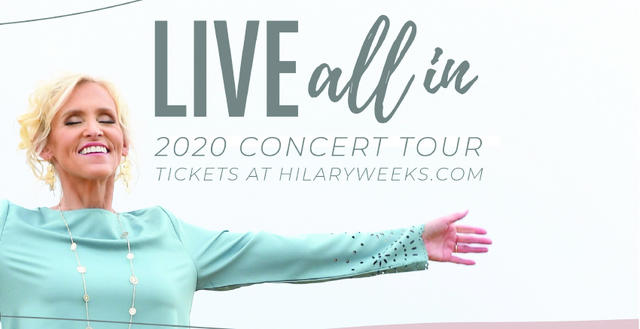 Sponsored: "LIVE ALL IN" Concerts will feature Hilary Weeks hits plus new songs

Hilary Weeks began writing music at the age of 14 and has always felt creating and performing music was her path in life. Now a few decades later, the acclaimed Christian musical artist has released 12 albums with the last four all reaching the top 10 on Christian Billboard charts. 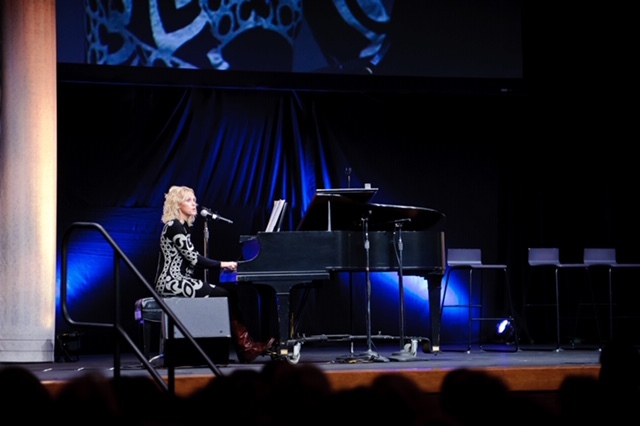 “I’ve always loved music and I truly feel I’ve been given a calling to help people feel God’s love through music,” said Weeks. “My hope is that my music brings hope, peace, comfort, smiles, and a reminder that God knows and loves you.”

The LIVE ALL IN concerts will feature a mix of the artist’s most popular hits as well as new songs released over the past year. “My band and I are so excited to perform both the new and classic songs for our audience,” said Weeks. ”2016’s concert tour was truly one of the highlights of my musical career and I know the LIVE ALL IN tour will be even better!” 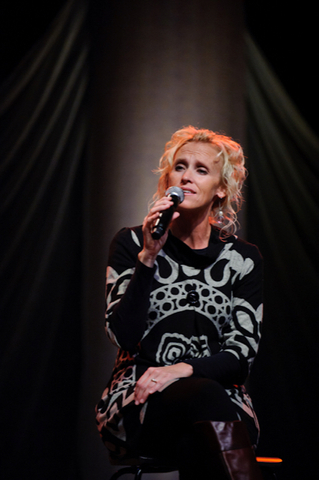 Many of the new songs Weeks will perform during the LIVE ALL IN concerts were released in 2019 via her subscription service, liveallintoday.com. She releases a new song every month for her fans via the service and each release includes the song’s sheet music, a minus track to sing along to, activity sheets, and more. In addition, all her music, including new releases can be accessessed via the LiveAllIn app.

The LIVE ALL IN 2020 Concert Tour kicks off on Thursday, March 12 in Arizona, makes two stops in Idaho, and ends Saturday, March 28 in Utah. Tour stops include: 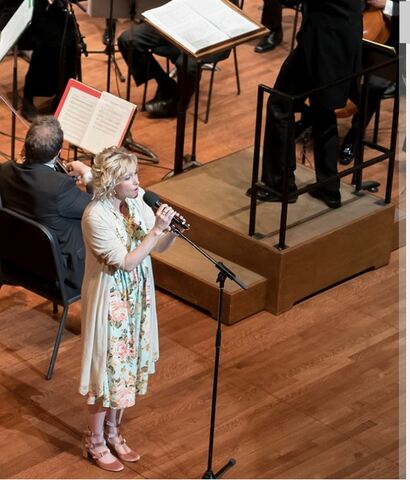 Tickets are on sale now online at hilaryweeks.com and range from $12-$45. The concerts are recommended for ages 10 plus, and in order to provide a favorable experience for all attendees, no chidren under the age of two will be admitted.