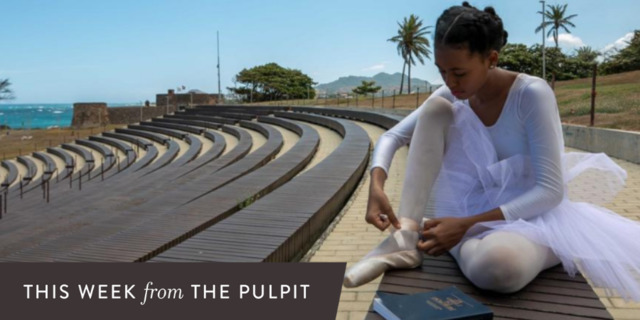 'Let us trust our youth!': Church leaders discuss how to empower and unite youth during isolation

Youth in the Caribbean recently experienced a special occasion in Church history: the first-ever virtual For the Strength of Youth (FSY) conference. The timing of the conference was also special as it gave the over 3,000 youth spread across 27 countries and territories a way to connect to each other during a time of hardship and isolation.

“If we had done this the way we typically do FSYs, there is no way at all that they would have heard from five General Authorities and their wives, two general officers and their spouses, and four Area Seventies and their wives,” Elder Renlund, who was the closing speaker of the conference, told Church News. “This is better, in some ways, than had they come together.”

Joseph Brigham Dupont, age 24, from Port-au-Prince, Haiti, expressed his appreciation for the opportunity of serving as a youth counselor at the event.

“This special conference reminded me, the Lord said that ‘I will not forget the islands of the sea’ . . .  despite all of the changes that we are facing, He shows us that He remembers us and will always be there for us,” said Dupont, according to Church Newsroom.

To learn more about the Caribbean youth conference and read youth's reactions to the event, see Church News.

A call to the youth wasn’t only sounding in the Caribbean. Other Church leaders used social media this week as an opportunity to speak to the importance of the rising generation. On Facebook, President Cordon proclaimed, “Parents and leaders, let us trust our youth! Let us empower them to use the skills and gifts we know they possess! And let us mentor them by example. Our youth are champions in Christ. Let’s give them the confidence to know it.”

Elder Renlund shared that one of his takeaways from the 2020 Mission Leadership Seminar was President Russell M. Nelson’s remarks on the “divine tutelage” young Joseph Smith received to prepare him to be the first prophet in modern days. Youth today are also provided with opportunities to be taught and prepared for the callings the Lord has for them in their life.

Elder D. Todd Christofferson shared on social media an experience that changed the course of a young man’s life. Because Jason Olson listened to the Spirit and chose to read the Book of Mormon in his youth, miracles followed in his life.

“Without his perfect knowledge of the truthfulness of the Book of Mormon received through the Spirit, Jason could not have gone forward with baptism against the strong counsel and wishes of people he so deeply loved and respected. And without that sure knowledge, I doubt he would have been able to sustain a life of full activity in the Church, have married Sara, and have created the beautiful family that is theirs,” wrote Elder Christofferson.

May reviewing these and other messages from Church leaders this week inspire members to look at the youth in their communities differently. May we see their potential and celebrate their progress. Maybe now is also the time to reflect on and learn again from important experiences from your own youth.

Sister Becky Craven, understanding the oath and covenant of the priesthood as a woman

In continuation of the Church News series “Women of Covenant,” Sister Becky Craven, Second Counselor in the Young Women General Presidency, wrote about how her understanding of the oath and covenant of the priesthood has changed since she was a young girl.

“Admittedly, it wasn’t until well into my adulthood that I began to understand that the promises and blessings of the oath and covenant of the priesthood had application or relevance for me. Frankly, I thought it was something only for my brothers and father to know. After all, they were the ones making priesthood covenants, right?” wrote Sister Craven.

As she has matured, Sister Craven has come to understand that God intends to bless all of His children through His priesthood power. She also wrote that she can “hardly fathom” the blessings available from God through the ordinances and covenants made possible through the priesthood.

“Although women do not hold or receive the priesthood itself, as they make and keep priesthood covenants, magnify their callings, keep the commandments, receive the Lord’s servants and live by every word of God, they will receive the same blessings promised to men who hold and righteously use the priesthood,” wrote Sister Craven.