Mormons Who Rocked It on TV 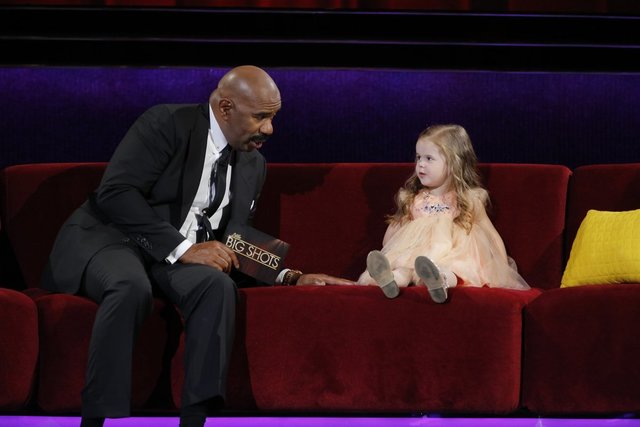 YouTube sensation Claire Ryann had a big year in 2017. The LDS star, known for her spot-on covers of Disney songs, made several TV appearances, charming big names like Ellen DeGeneres and Steve Harvey with her voice. While on NBC's Little Big Shots, Claire's performance "Part of Your World" from The Little Mermaid left host Steve Harvey raving about her talent.

"She's [four] and she knew the whole song," Harvey says in amazement. "When I was three, I knew nothing."

Claire also appeared on the Ellen DeGeneres Show twice, impressing the talk show host with her performance of "You've Got a Friend in Me" in February and receiving a birthday surprise on the show after her performance of "A Whole New World" in October.

2. Evie Clair on America's Got Talent 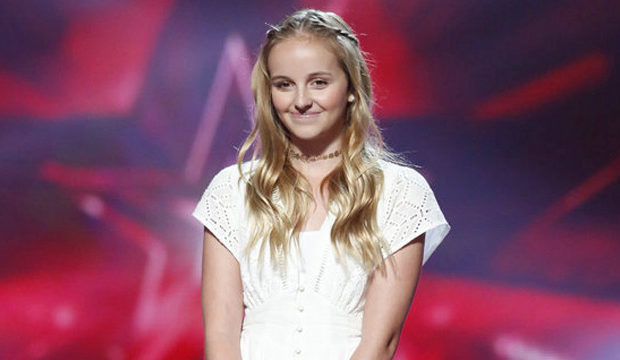 From the moment Evie Clair stepped on the stage of America's Got Talent, she charmed show judges and audience members alike with her amazing voice and sweet personality.

But success and fame were not why she came on the show. Her motivation for competing was her father, Amos Abplanalp, who was battling stage 4 colon cancer at the time with a five percent chance of survival.

"When my dad is having rough days, then I go to his room and I sing him this song to help him feel better and just to give him comfort and strength to continue fighting," Evie said on the show.

► You'll also like: "'You Make Me Speechless': LDS 13-Year-Old on "America's Got Talent" Receives Standing Ovation for Stunning Performance"

Sadly, her father passed away when it was clear Evie would advance to the finals. As one of her last performances on the show, Evie dedicated her song, "What a Wonderful World," to her father.

Evie placed ninth overall in the competition, inspiring many with her testimony and the love she had for her father.

3. Mormons Sweep Top Three Spots on Dancing with the Stars 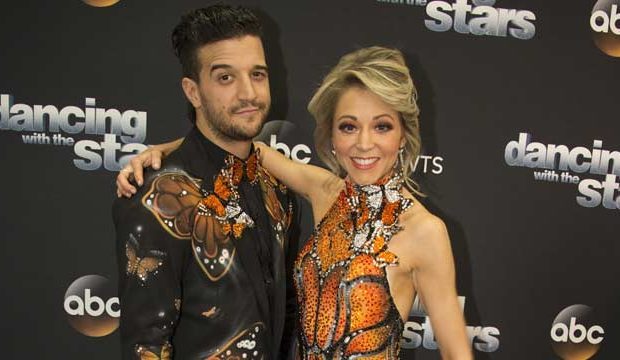 From her first performance on Dancing with the Stars, Lindsey Stirling wowed judges with her talent as a dancer and a violinist.

Lindsey, who competed on season 25 of the show, earned praise from the judges throughout the competition, with Carrie Ann Inaba noting Stirling had a "natural elegance" and she was a "beast" for taking on such difficult routines.

Even after displacing a rib, Lindsey still managed to compete on the show, crediting the prayers of her fans for helping her to pull through her performance.

► You'll also like: "After Displacing Rib, Lindsey Stirling Says Prayer Helped Her with 2 Epic Halloween Dances on 'Dancing with the Stars'"

Thank you for everyone who prayed for me. I felt those prayers pull me through this painful performance.
Pls vote! https://t.co/HO5d3rGPqppic.twitter.com/YeqkkfovrM — Lindsey Stirling (@LindseyStirling) October 31, 2017

After a slew of amazing performances, including one where Lindsey cracked out her violin, Lindsey and her partner placed second on the show. But the Mirror Ball trophy still went to a Mormon, professional dancer Lindsay Arnold, as did third place, which was taken by professional dancer Witney Carson.

4. Three LDS Artists Make It on The Voice in the Spring 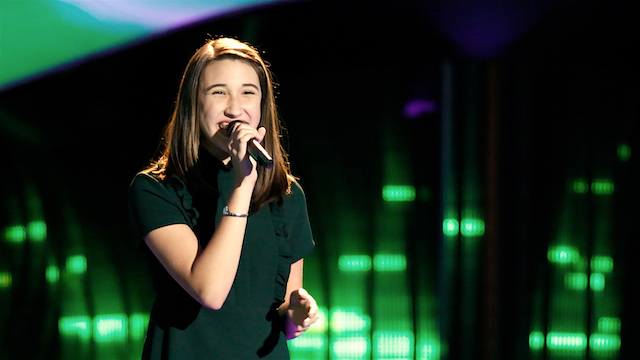 "For someone who's 15 years old to be that good, she's gifted," The Voice judge Adam Levine said after LDS teen Hanna Eyre's very first performance on the show.

The LDS teen turned three chairs with her blind audition of "Blank Space" by Taylor Swift, leaving judges Adam Levine, Gwen Stefani, and Blake Shelton vying for Hanna to join their teams. Ultimately, Hanna chose Adam, who praised her as "the sweetest human being that has ever lived" and said it was "miraculous" for a 15-year-old to be so talented.

► You'll also like: "Adam Levine Calls LDS 'The Voice' Contestant 'the Sweetest Human Being That Has Ever Lived'"

Two other Mormons also competed on the show with Hanna: 14-year-old Aaliyah Rose from Provo, Utah, and 16-year-old Lauryn Judd from Draper, Utah.

After her blind audition performance of “Rise Up” by Andra Day, Aaliyah made it on judge Gwen Stefani's team and received a special tweet from the pop artist.

OMG Aaliyah!! You are so cute, I could die! I can’t wait to work with you, you little ray of sunshine! ☀️ gx #VoiceBlinds— Gwen Stefani (@gwenstefani) March 7, 2017

Lauryn's blind audition performance of  "Girls Just Wanna Have Fun” by Cyndi Lauper earned her a spot on Alicia Keys's team before she as "stolen" by show judge Blake Shelton during the knock out rounds. "Lauryn you're so special!" Keys tweeted. "So fly to have you on #TeamAlicia!"

Lauryn you're so special! So fly to have you on #TeamAlicia! 💜 #VoiceBlinds

Lauryn was later eliminated during the battle rounds. Both Aaliyah and Hanna lasted on the show until the live playoffs but were eliminated before the final 12.

5. Dave Crosby on The Voice

When it comes to talent, the apple doesn't fall far from the tree in the Crosby family. When Claire Ryann's father, Dave Crosby, appeared on The Voice during the fall season, he earned three chair turns from Adam Levine, Blake Shelton, and Miley Cyrus for his version of "I'll Follow You Into the Dark" by Death Cab for Cutie.

And when Levine recognized Dave as Claire's father and singing partner, the show judge couldn't help but be "blown away" by Dave's performance.

"When I had my baby girl, that was one of the most amazing moments of my life," Levine said. "And someone sent me that video and I lost it. I'm so happy you realized that you should never have given up on this because if you had given up on this, that never would have happened. What a beautiful thing. I can't believe that it's you, that dude from the video, standing in front of me right now. I'm blown away."

Claire also joined her father on stage, with Shelton remarking, “Dave, I want you on my team man, but I'd really like to have her.”

Ultimately, Dave chose to be on Levine's team and made it to the Battle Rounds of the show. 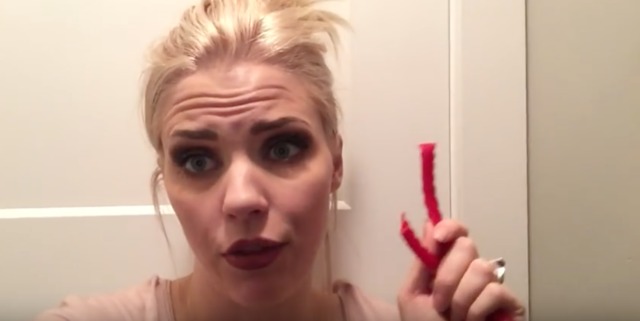 Sometimes moms just need a break—and a treat. And no one knows this better than Ashley Gardner, the creator of the "Gardner Quad Squad" blog and LDS mother of quadruplets.

And her hilarious, 34-second video earned her a spot on The Ellen DeGeneres Show and hit home with mothers everywhere.

"Dad is out shoveling the driveway. Mom desperately needed a treat to get through the rest of the night. So I'm hiding in the pantry, eating a treat. Is that wrong?" Gardner says in the video.

► You'll also like: "Ellen's Best Moments with Mormons: 8 Latter-day Saints Who Rocked It on the Show"

While on Ellen, Ashley received her very one portable pantry complete with treats and a trip to Hawaii with her family.