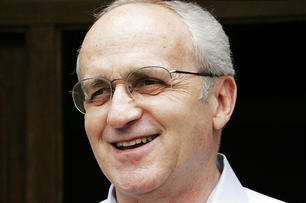 Gary Lawrence remembers many times when he was a moderator for focus groups in the South and had to bite his tongue. The topic was The Church of Jesus Christ of Latter-day Saints — and the groups never knew he was a Mormon. "I've done a ton of focus groups for the LDS Church over the years," Lawrence said. "I've heard things that the average Mormon will never hear from somebody who knows he is a Mormon. I get the unvarnished perception of us out there."

Over a 40-year career, the professional pollster Lawrence heard many of these perceptions. Now, he's written a book about it. "It is just unbelievable what some people believe about Mormons," he said. "And these are not ignorant people. I'm thinking of a group in South Carolina, for example. They were intelligent and well-dressed and well-spoken. And then the words would come out of their mouth. And I would think, 'Are we talking about the same religion?' "

These days, a lot of people are talking about the Mormon religion. Take Bill Keller, the colorful Internet minister who once declared, "If you vote for Mitt Romney, you are voting for Satan!" Keller is sending out an email today to his 2.4 million subscribers describing conservative media personality Glenn Beck, a Mormon, as a "false Messiah." Keller also calls the LDS Church a satanic cult and claims founding prophet Joseph Smith was a murderer. Comedian and atheist Bill Maher told MSNBC last week that Mormonism is more like Islam than Christianity and that Mormons put Joseph Smith above Jesus Christ. And people watching "The Book of Mormon Musical" on Broadway may wonder if Mormons really believe what the actors portraying missionaries are singing.