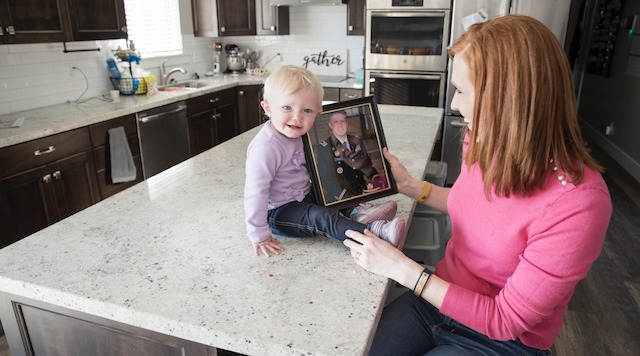 "My Faith Is Simple but Strong": Wife of Slain Mayor Shares How God Is in the Details

“They killed him on a ruck march?” I heard myself say, almost as if I weren’t the one speaking.

I began pacing the room and running my hands through my hair while trying to process what I had just heard. My husband had been killed on a ruck march—a hike!—by one of the Afghan soldiers he had been assigned to train on a base near Kabul. This was his fourth combat deployment during 15 years as a soldier—and now he was dead.

It was Saturday, November 3, and I had just spent a girls’ night away with my college roommates. I was caught off guard by an early-morning phone call from my mom, who was at my house with my kids. After all, she was the one who had really encouraged me to get away for the weekend.

She told me I might want to sit down; there were two military officers on my doorstep. My stomach hit the floor, and a hot wave of shock began to run through my body. I hoped I’d misheard her when she told me they were in full-dress uniform, because that can only mean one thing.