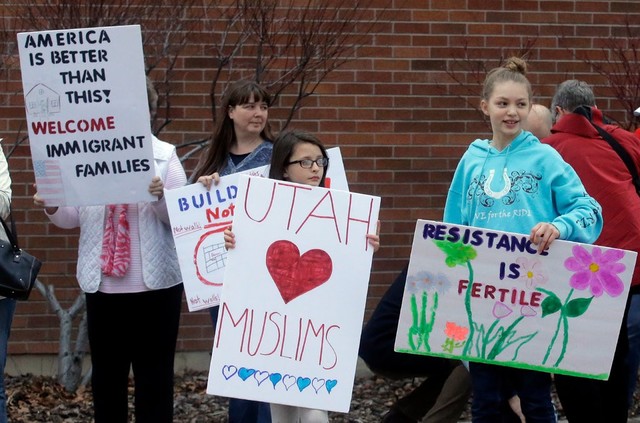 "BuzzFeed News reported in April that since 2015, Republican officials in 49 states have publicly attacked Islam, some even questioning its legitimacy as a religion.

Uddin cites the Church's eleventh article of faith as a reason Mormons stand out from the rest of the nation in their response to political events: “We claim the privilege of worshiping Almighty God according to the dictates of our own conscience, and allow all men the same privilege, let them worship how, where or what they may.” In addition, the article quotes the Prophet Joseph Smith, who stated, “If it has been demonstrated that I have been willing to die for a Mormon, I am bold to declare before Heaven that I am just as ready to die in defending the rights of a Presbyterian, a Baptist or a good man of any denomination."

Uddin provides examples of how LDS Utah politicians have protected the religious views and freedoms of Muslims and pointed to their history as an example of religious persecution in the United States.

"Mormon politicians seem to understand better than many of their fellow Republicans that if another’s freedom of faith is under attack, so, too, is their own. . . .