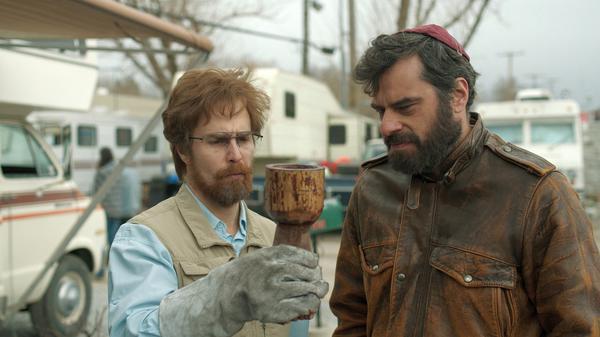 A couple of years ago, a friend turned filmmaker Jared Hess on to the world of biblical archaeology. It didn't take long for the movie director to recognize some humorous elements.

"People that don’t have any legitimate archaeology credentials take the Bible and try to go find Noah’s ark," Hess said. "Over the years in the news, there have been a lot of stories about different Christian groups going out and claiming to find some sensational artifact, but unfortunately, they don’t have a lot of evidence to support it. It’s a funny world for sure."

The idea eventually developed into a film that Hess titled "Don Verdean," a religious comedy that initially was screened at the 2015 Sundance Film Festival and opens exclusively at Megaplex theaters across Utah on Friday, Dec. 4. The film opens nationwide and On Demand on Dec. 11.

"Don Verdean" was one of several topics Hess talked about in a recent interview with the Deseret News. He discussed the continued impact of "Napoleon Dynamite," the film that launched his career. He described his unique brand of movie humor and the blessing of working alongside his creative wife, Jerusha. Hess also touched on the continued influence of his mentor, filmmaker T.C. Christensen, as well as other aspects of his career.