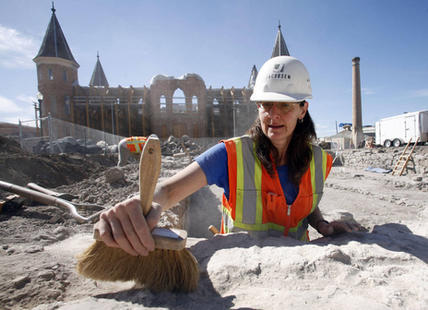 The Provo Tabernacle was one of the first landmarks Lindsay Johansson fell in love with when she came to Brigham Young University as a student.

On Friday she worked in an archaeological dig in the shadow of the tabernacle and reflected on how a tragedy became an opportunity for her, other students and ultimately, for the city of Provo, which has unearthed a significant piece of its history.

The tragedy was the fire that gutted the tabernacle in December 2010. A redemptive high came six months ago when LDS Church President Thomas S. Monson announced to the church in its October general conference that the burned-out shell would be rebuilt as a temple.