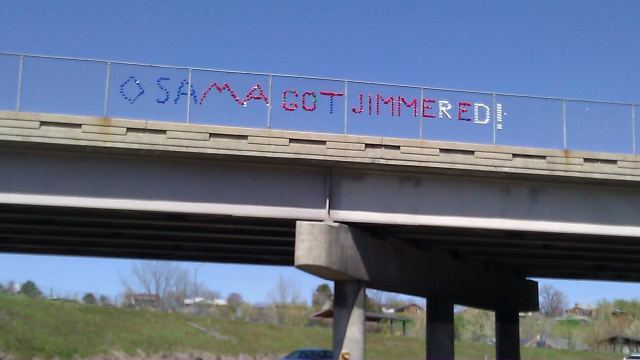 We didn't infuse any bin Laden news into our coverage today for a few reasons. But in the interest of creativity and good humor, we'll move on from that and admit this is a pretty fantastic Solo cup-created sign currently on display in -- where else? -- Provo, Utah. According to the tipster, the sign proudly clings above an overpass on University Parkway, which is near the city limits of Provo.

The exclamation is actually rather on-point; bin Laden reportedly took a shot in the eye -- just as Jimmer did to many an opponent. That is, when he wasn't shooting bombs from out on his island, 35 feet away from the tin.
Read the rest of this story at cbssports.com