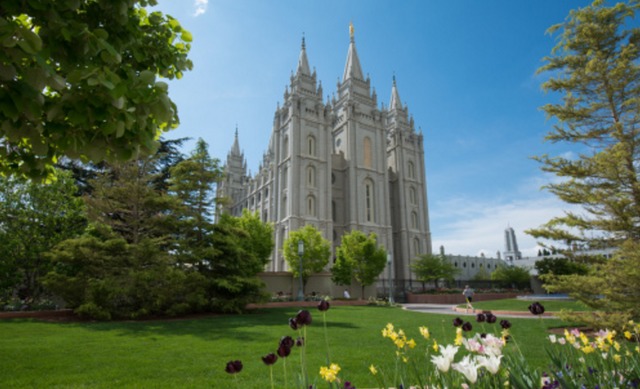 Copies of Penthouse magazine showed up on the doorsteps of Church leaders and Governor Gary Herbert, courtesy of the magazine's editor, Raphie Aronowitz.

In retaliation against Utah's resolution SCR9, which calls pornography a public health crisis, Penthouse published a profanely titled 8-page feature in their latest issue, focusing on the political power the LDS Church holds in Utah and in the country.

In the article, which Penthouse paid Huffington Post reporter Andy Campbell to write, Campbell attacks the new resolution as a waste of time and something based on faulty science. Also within the article is a full page picture of the cover of The Book of Mormon.

LDS senator Todd Weiler sponsored resolution SCR9 and said he did so without consulting Church leaders or Governor Herbert. Resolution SCR9 is based on a series of studies and data showing the social harm pornography can cause on public health.

"Nobody wants to show their young children pornography, much like nobody wants their toddler driving to preschool," the Penthouse article admits. "By the same token, nobody wants their government—or that government's preferred religion—to define their sexuality. Even the LDS Church touts free agency and 'the privilege of choice which was introduced by God.'"

And that's only one of the multiple ways Penthouse mischaracterizes the resolution as well as the Church's involvement.

"I've never pretended to ban pornography for adults. I think adults have the right to choose," Senator Weiler told the Salt Lake Tribune. "Everything I've done with pornography has been about protecting children. And, hopefully, Penthouse isn't selling their magazine to children."

Jon Cox, a spokesman for Governor Herbert's office, said: "If a magazine like Penthouse is taking you to task, that's always a good sign that you're on the right side of history.… The fact that the industry feels so threatened by a non-binding resolution meant to raise awareness of this problem shows you just how desperate they must be."

Mormon Life Politics PornographyPolitics,Pornography,Mormon Life
Comments and feedback can be sent to feedback@ldsliving.com