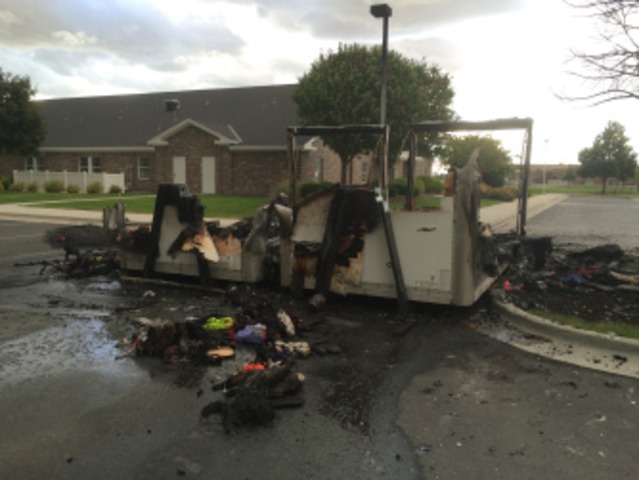 He reported hearing sounds from behind the church, then seeing two teenagers run away. Soon after, he noticed light behind one of the storage units at the church and drove over to find the unit on fire.

The man called 911 and Kuna police and fire crews arrived at the church shortly after. Kuna fire crews were able to put out the fire, which destroyed two storage units, but the police were unable to find anyone resembling the description of the two suspects in the area.

The church storage units carried items to be donated to the Deseret Industries, and the estimated cost of the lost items and buildings is $23,000, according to the Ada County Sheriff’s Office.

"The program [Deseret Industries] is designed to help people and all those goods go towards helping people," Boise Deseret Industries store manager Clark Meredith told KTVB. "The people that are benefited are people in our community, and so when I see something like that happen it's just a little heartbreaking, you know."

Police are still investigating the fire and searching for the two suspects.