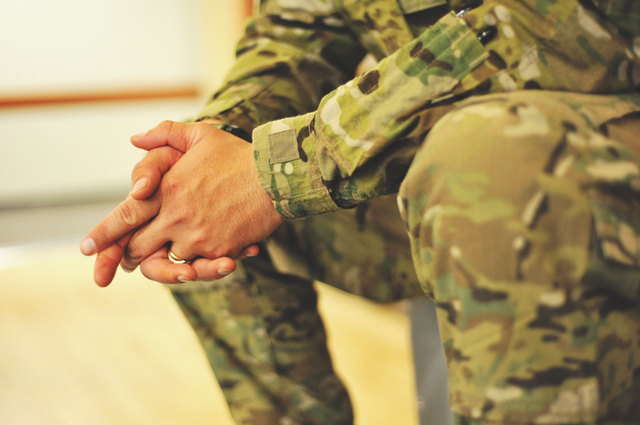 "Rescue That Boy": A Dream and Prompting That Rescued One Soldier from Danger

One evening when I was serving as stake president in Manti, Utah, Brother Roscoe Eardley of Salt Lake City, a member of the Church Welfare Committee, stayed at our home. He related the following memorable story to us:

He was returning home from a welfare meeting late one evening, going east on Fourth South Street in Salt Lake City. As he approached Main Street, he noticed a soldier and a young woman walking along the street, with the young woman seeming to pull her companion along with her. Brother Eardley smiled to himself as he passed them. But when he had gone about half a block further, he seemed to hear a voice say to him, “Brother Eardley, turn your car around and go back and rescue that young man from that woman.”

He did not hesitate; he about-faced and soon was pulling up to the side of the street where the woman was still pulling the soldier along with her.

Brother Eardley jumped out of his car, went up to them both, and said, “Young lady, I am sorry, but this man is my prisoner. You will just have to give him to me.” She objected strenuously, but soon Brother Eardley had the soldier in his car with him and the woman went on down the street crying.

As they drove along, the soldier explained that he was stationed at Fort Douglas, a military reservation east of Salt Lake City. When asked how he happened to be in the company of a woman of questionable morals, he explained, “Tonight, for some reason, I felt very lonely up at the Fort, and I thought I would go downtown to see if I could find something to cheer me up. I had heard that the Mormons were wonderful people and that this was a good town. As I was walking down Main Street, I heard jazzy music being played below in a basement room. I just went down the stairway and found a dancing party going on. I stood and watched for a few minutes, when a couple came up to me and asked me to join them. So I did.”

He recalled that it wasn’t long until he wished he had stayed at the Fort. Liquor was flowing freely at the party and he soon found himself inebriated. Then the young woman approached him and suggested they get some fresh air. He soon found her urging him on, but he was too drunk to realize what was happening. That was when Brother Eardley came by and rescued him.

Brother Eardley took him to his home, helped revive his spirits as best he could, and asked him to spend the night there. The soldier declined, however, as he noticed with alarm that he was due back at Fort Douglas in an hour. Brother Eardley drove him back to the Fort. He also assured the young man that the Mormon people were some of the best people on earth, and that Salt Lake City was a fine place in which to live. He insisted that the soldier come to spend the next weekend with the Eardley family.

When he arrived at Brother Eardley’s home that weekend, the soldier had dinner with the family, who then showed him around the city. He was invited to spend each weekend with this gracious family.

About two weeks later the soldier arrived, almost out of breath. He had news from his family in Pennsylvania. “Mr. Eardley,” he said, “I want you to read a letter from my mother.”

In the letter, the mother told her son about a terrible dream she had had a few nights before. She named the night, and it was the very night Brother Eardley had met the young man downtown. She said she woke up suddenly and saw in a sort of vision that her son was in great danger.

She got down on her knees and pleaded with the Lord to save her son. In noting the time this took place, Brother Eardley discovered that the woman was praying for her son at the exact time a voice told him, “Go back and rescue that boy.”

What a wonderful letter! Jesus said, “For he that is not against us is on our part” (Mark 9:40). He told Peter and his other followers not to stop people from doing good, for it would all rebound to the good of the Church (Mark 9:38–41). We are all of one parenthood—children of the Father. He answers the sincere, earnest prayer. May we each live lives of such merit that we can entertain revelations, as Brother Eardley did, and walk within the light of that which is revealed to us.

Indeed, ours is a gospel of miracles. This book is a collection of simple yet life-changing experiences--everyday miracles--which come as a natural consequence of the Lord's promise that his Spirit will always be with us if we keep our covenants and remain faithful. These stories will touch your heart and stir your memory, drawing forth the welcome discovery that your own life has been filled with a series of small, everyday miracles.