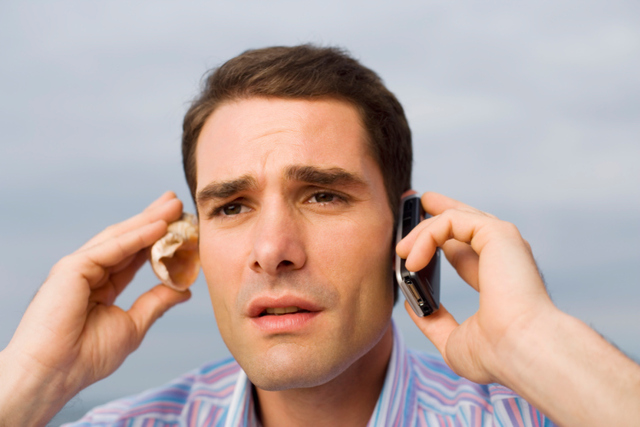 I’m in a relationship with a girl right now. Of course, I use the word “relationship” in its most basic sense: there is, right now, only slightly more interaction between this girl and me than there is between me and any given spear-toting pygmy in Africa. That is, I have achieved a level of interpersonal interchange with another human being. We are both aware of each other’s existence; of that I am certain.

It wasn’t always like this. Just a month or so ago, she and I—for purposes of anonymity, let’s call her Princess Leia—were on pretty cozy terms, comfortable with sharing with one another intimate secrets and personal matters. Or perhaps I completely misread the situation. That’s definitely been known to happen. The point is, I thought things were going pretty well.

Then Princess Leia disappeared. Oh, I’m pretty certain she’s still alive and well, as opposed to kidnapped by mobsters, teleported by accident to the Cretaceous period, or—might as well stick with theme here—destroyed with her home planet under the guns of the Death Star. Her Facebook, as well as rumors gleaned from others who know her, indicates that she has suffered none of those fates. And yet she still refuses to respond to any of my texts or calls.

Some girls may be wondering why I can't a take a simple hint when the Princess is clearly delivering her message with the subtlety of a Sasquatch wielding a chainsaw: She has tired of our association and no longer wishes for my company. I can accept that; there are, as they say, other fish in the sea. However, girls (and guys, I suppose), it would be most beneficial if you were to communicate your reasons for your sudden severing of ties. That way, whatever mistakes I made can be remedied in time for the next girl.

The point here, aside from bemoaning my utterly unremarkable and unoriginal relationship woes, is that I value communication. I don’t care if I suddenly started smelling like the unholy union of rotting fish and unwashed laundry. I don’t care if I developed without warning a colony of pus-spewing boils on my face, started referring to myself in the third person, or began buying inexplicable quantities of Spice Girls albums. Communication is still essential. Please tell me if I’ve picked up some weird habit, you’re no longer interested because of the unexpected arrival of a guy way better looking than me, or I’m simply being too needy. Please do not just shrug me off and expect me to put the pieces together myself. I’ve never had the patience for jigsaw puzzles.

When a girl fails to communicate her reasons for no longer wishing to associate with me, I don’t know if she’s being flaky or if there is something I genuinely need to work on. This may cause me to panic and do something rash, or it might make me develop issues of uncertainty and hesitance in future relationships.  It may also lead to continued mistakes on my part that no girl bothers to correct.

I’m not saying the communications disruption is a wholly female phenomenon. I’ve heard plenty of stories of guys who display the same careless disregard for proper articulation of their problems in a relationship.

The point? When you fail to communicate, I don’t know if there’s something I did or something you did that caused the relationship to fizzle, and this leads to misunderstandings that may easily snowball into dating issues later. Can we please talk it over? Princess Leia, if you’re out there, even if you’re held hostage by giant bat creatures from Mars who insist on withholding your phone, I take these things personally. Also, I wouldn’t bore the reader with my own banal relationship issues if I didn’t think others could find application in it. So, for the interest of many readers, future generations, myself, and maybe even those giant bat people holding you at gunpoint, please talk. Tell me to buzz off if you want. Or tell me something more favorable. Either way, the truth is preferable to worrying in darkness.

Am I harboring unrealistic expectations? Is the gulf between male and female modus operandi too wide to even bother communicating these kinds of things? Or should both guys and girls try harder to assure the other isn't left in the dark? To quote Count Rugen from The Princess Bride: "This is for posterity, so please ... be honest."

---
Ryan Kunz is proud of the fact that he is a Star Wars nerd and remains socially adept and reasonably conscious of fashion. He enjoys writing, hiking, spending time in intellectually stimulating company, and talking about himself in the third person. He will someday be a bestselling novelist, but in the meantime is studying advertising at BYU.