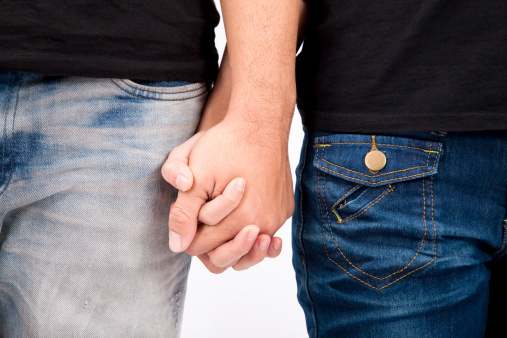 {Single Saints} How to Play the Field Without Being a Player

We've all heard it in every dating conversation, lesson, and fireside since we turned 12: don't date exclusively. Keep your options open.

Of course, we've also been taught, after we graduate and move on to the great big world of singles wards, that we should be seeking an eternal companion. Which usually requires, at some point, entering into an exclusive relationship.

But therein lies the question: at what point?

For me, that point is not one easily arrived at. Until I'm at least pretty positive I want to date this guy over every other potential male specimen out there, I'm not cutting off my options.

Unfortunately, this has led to some criticism from those around me. The man to whom I am now engaged accused me of stringing him along in the early stages of our courtship. My sister's boyfriend accused me of being a player because I was going out on dates with multiple guys at the same time (I was trying online dating at the time--you can read about it by clicking here) and told me I was being mean to all parties involved.

My mother, on the other hand, championed my cause, insisting that, until I was married, I needed to keep playing the field. Which meant I should never cut off options or turn down any dates--even if I was in an "exclusive" relationship.

I like to think I lie between those two extremes. If there are multiple guys I'm interested in, the only way I can know which one I want to pick above the others is by continuing to date all of them until one stands out from the rest. Then I'm totally willing--and thrilled--to enter into an exclusive relationship.

This will only work if you follow one rule, though: COMMUNICATE. I know I would be hurt if I thought things were going well with a guy and was head over heels for him, only to discover he was just lukewarm about me and still dating other girls. Make sure all parties involved know what the dating situation is. Tell him or her you're still seeing other people, and decide what physical boundaries are appropriate for whatever stage of courtship you are in: to some people, holding hands is just that. To others, it has more committment and meaning attached.

Someone who plays the field simply goes on lots of fun, casual dates. That's totally acceptable and encouraged within our Church. Just make sure those with whom you are going on dates know that's what they are. Someone who is a player goes on lots of dates with a person and misleads them into thinking the romantic relationship is something that it's not, leading to pain as they play with the other person's heart. That's not so nice. Communication is the key to doing the former instead of being the latter.

At least, that's my opinion. And since I'm now engaged to the man I once allegedly strung along, I think it worked out all right. But what do you think?

Your turn: Where do you draw the line between playing the field and player? When--and how--do you decide to enter into an exclusive relationship? When does it stop being acceptable to go on dates with other people of the opposite sex?