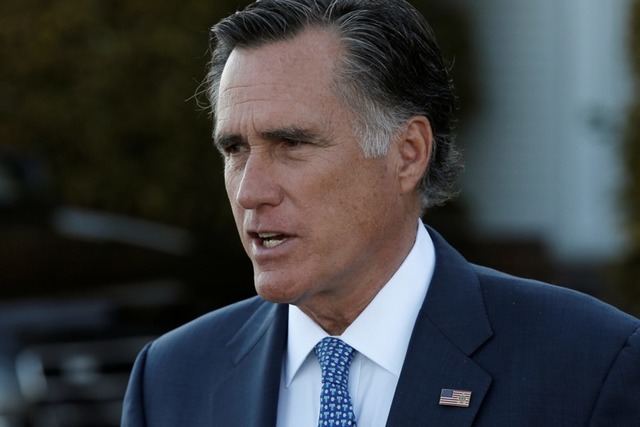 "Slate": Mitt Romney Is the Perfect Person to Save, Rebuild Puerto Rico

Slate Magazine had quite a lot to say about Mitt Romney, his work rescuing the 2002 Winter Olympics, and the possibility of him helping to rebuild Puerto Rico after natural and financial disasters. "The island needs an adviser to navigate Washington, Wall Street, and an uncertain future. He’s perfect," slate.com writes.

Puerto Rico faces a monumental rebuilding task following Hurricanes Maria and Irma, one that could amount to an existential struggle. Several weeks after landfall, only 15 percent of the island’s population has electricity. Because it’s a territory, Puerto Rico lacks the capacity to print its own currency or raise taxes significantly, and it lacks real representation in Washington. As a result, neither the executive branch nor the legislative branch—in particular, this executive branch and this legislative branch—can be expected to approach its recovery with any urgency. . . .

Think about the job. It requires someone who has a really good financial mind; has a long history of dealing with turning around financially troubled entities; has a basic sense of decency; speaks the language of Wall Street and has no problem telling creditors to stuff it; has led an entity the size of a small state; has shown the capacity to analyze complex systems, develop effective policies that assist all citizens, and then marshal bipartisan support to make effective changes; has sufficient personal wealth that he or she is both incorruptible and can take on the task for the low wage it offers; and won’t be tempted to use the gig as a springboard for higher office.

In short, it requires Mitt Romney.